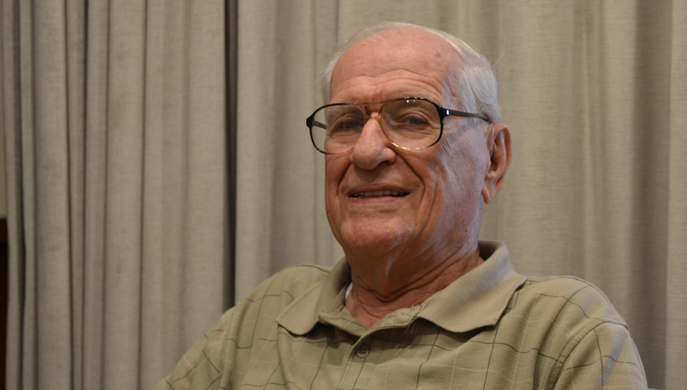 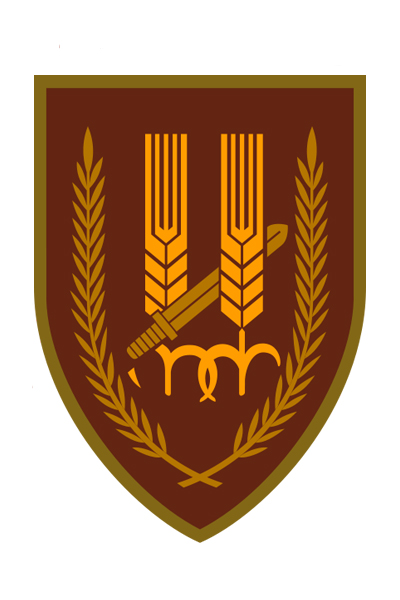 While most of Eric Blaustein’s lectures focus on his time in the Buchenwald Concentration Camp during WWII, for his oral history with the Pritzker Military Museum & Library, he discusses the years after being liberated and, in 1948, joining the Israeli Army as a part of their War for Independence against Egypt and other neighboring countries.

Eric Blaustein began his military career with the Israeli Defense Forces after his liberation from the German Concentration Camp Buchenwald. Mr. Blaustein was educated in civil engineering, at the University of Hanover, completing his education in May of 1948, the same time Israel was declared a sovereign state. Upon the completion of his degree, Mr. Blaustein headed to Bergen-Belsen for training. In transit, Mr. Blaustein and the men of his company had to conceal their purpose as there was a UN-imposed embargo on military-age men in Palestine at the time. As a result, Mr. Blaustein was given papers explaining that he and the other men were a men’s choir headed to Munich for a festival.

Mr. Blaustein and his unit arrived in Haifa, Israel in September, 1948. By the time he arrived at the front lines, Mr. Blaustein was already a lieutenant. He recalls the experience of seeing men carried away and wondering if they would soon be his boots sticking out of the bottom of the body bag. After a successful attack on the Egyptian forces, Mr. Blaustein reveals experiencing another premonition; he wondered if he would ever get to tell his children about his military endeavors, given the numerous deaths occurring in both the Israeli and Egyptian forces.

One of the most detailed maneuvers of Mr. Blaustein’s experience was the taking of a citadel in Be’er Sheba. Even though Blaustein characterized the Israeli military strategy as dependent on Egyptian errors, the fall of this citadel was crucial in penetrating the Egyptian front line, collapsing the Fallujah pocket, and gaining the advantaged position. One moment during this attack, Mr. Blaustein recalls hiding behind a tombstone he would later find out belonged to a Jewish WWI soldier. Mr. Blaustein credits this man for saving his life; he believes it was fate that brought the two of them together in such a pivotal moment of the war. Ultimately, the citadel did fall to the Israeli soldiers. Mr. Blaustein personally hung the Israeli flag on the citadel to signify their occupation. This proved to be a pivotal turning point in the establishment of the Israeli state.

After Sinai fell to Israel, Mr. Blaustein continued his military service by working in a draft office where he would meet his future wife. The two were married in April, 1951 and moved to Germany in 1953. Not feeling comfortable living in post-Holocaust Germany as a Holocaust survivor, Mr. Blaustein and his wife moved to the United States, first to Cleveland and later to Pittsburgh.

Mr. Blaustein has begun to travel to lecture about his experience as a Holocaust survivor as well as in biblical history. Mr. Blaustein continues to work and to remind us of his very real past and very recent history, and how we must work to prevent the horrors of the Holocaust from ever happening again.

Front & Center with John Callaway: The War of Law