Taken at the liberation of Dora-Mittelbau (Nordhausen) concentration camp, Capt. Sidney L. Mizock, MD and a Sgt. Levine stand in front of ruined buildings at the camp. Captain Sidney L. Mizock, MD was in the Medical Corp of the 3rd Armored Division for the U.S. Army and was a liberator of Dora-Mittelbau. Born in Russia in 1910 to a Jewish family, he immigrated to Chicago as a young boy.

Many of the prisoners forced to labor at Dora were French political prisoners, imprisoned by the Nazis after the invasion of France in 1940. A soldier with the 3rd Armored Division speaks with some of these French men who served as slave laborers for V-1 and V-2 rocket production, following their liberation. 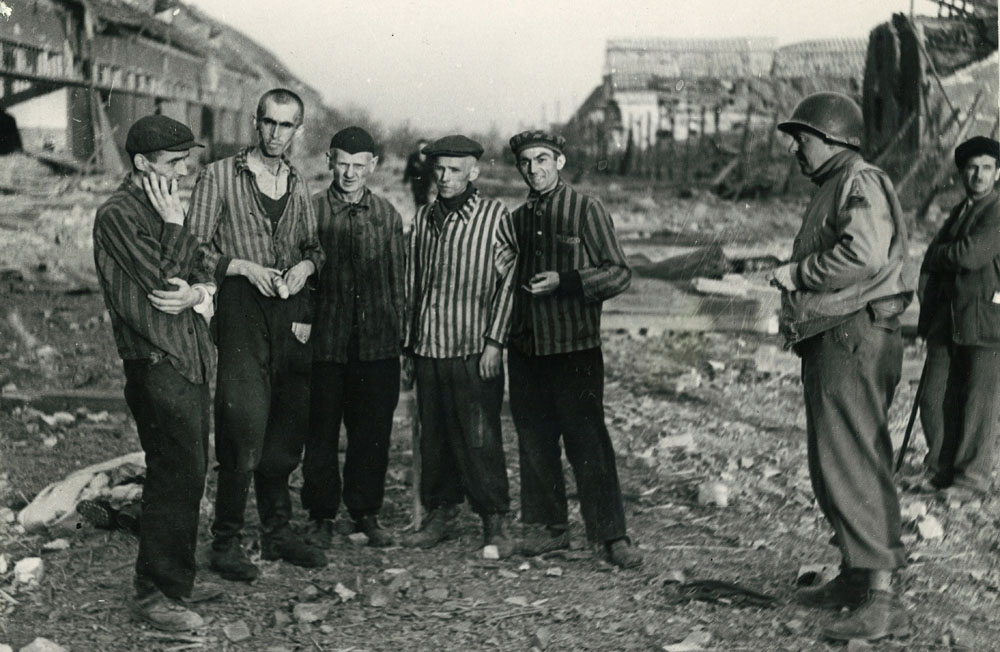 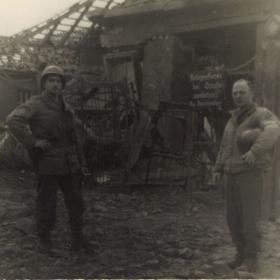 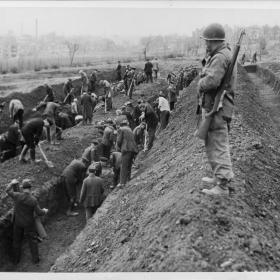