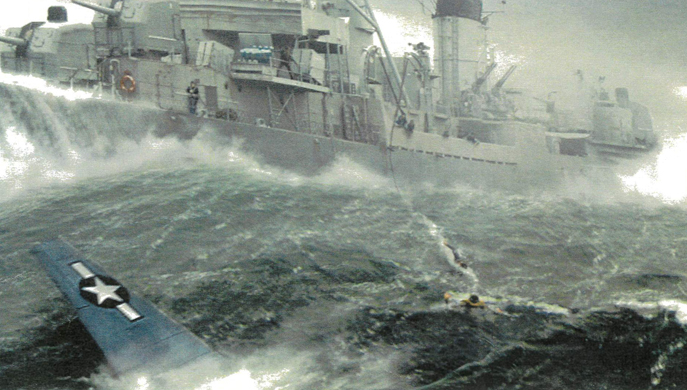 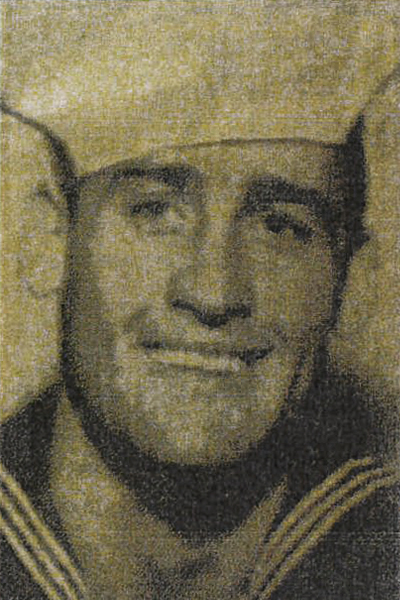 Melvin Collins served aboard the USS Franks DD554, a destroyer ship, in the Pacific from 1943-1945. His service would bring him from the islands of New Guinea, to the Philippines, and all the way Okinawa, Iwo Jima, and Tokyo. All throughout this tour, the USS Franks would become known for their innovative use of swimmers in rescuing downed pilots, and Collins, a pioneer practitioner, in addition to his “day-job” as a radarman. Through the course of his tour, Collins would go on to rescue twenty-two downed pilots from planes that had been hit by enemy gunfire. For this he was awarded the Bronze Star and the Navy and Marine Corps Medal.

Collins was born on September 4, 1924 in Unionville, Missouri. Soon after, his family would move to Iowa. One of nine children with a single mother, Collins and his family would live in relative poverty throughout the thirties. Collins cites his time at the YMCA as a youth as the inspiration for his swimming and later athleticism. Throughout high school he would play basketball and football, while also swimming and winning a state championship. After graduating high school in January of 1943, he would enlist in the navy by April.

Collins received his training at Farragut Naval Training Station. After a brief period of leave, he would return and receive his first assignment aboard the USS Franks. The Franks would see action in almost all Pacific offensive campaigns following the Battle of Midway. During the campaign of Tarawa, in the Gilbert Islands, the captain of the Franks would make the quick decision to make use of Collins’ skills and asked him to swim out to rescue the pilot. With a rope tied around his waist, he dove about fifteen feet of the forecastle. After he towed the pilot back in a stretcher, he continued to repeat the exercise again, to save other men. This rescue was one in many, including one in Admiral Halsey’s terrifying typhoon.

He and two others on his ship, would became known throughout the fleet for their ability to rescue pilots. Pulitzer-prize winning journalist Ernie Pyle, described the three men’s’ successful retrieval  of a pilot, which he had witnessed, both an article that was syndicated across the country and later in his book, “The Final Chapter”. Though nearing the end of the war, Collins’ tour was cut short when in the middle of the night the battleship USS New Jersey struck the Franks, destroying its superstructure and killing the captain. Collins and the crew of the Franks would be transferred to different assignments, and Collins was sent to the USS Blue DD774 where he would serve out the rest of his time before being discharged.

Collins’ story showcases the split second heroism that is necessary of every soldier or sailor during times of combat. His actions in saving the lives of so many pilots would bring him in contact with not only those he saved, but also wives and families who wanted to thank him and the public at large which express a large audience’s participation. His selection to the 2012 Honor Flight Chicago is but one mere example.

A History of Naval Tactics from 1530 to 1930: the Evolution of Tactical Maxims

The 132nd Infantry Regiment on Guadalcanal