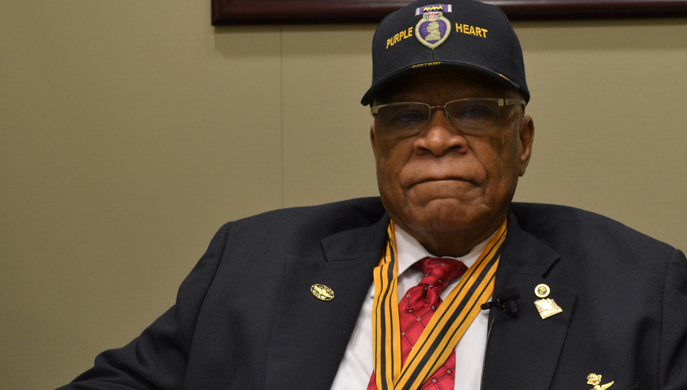 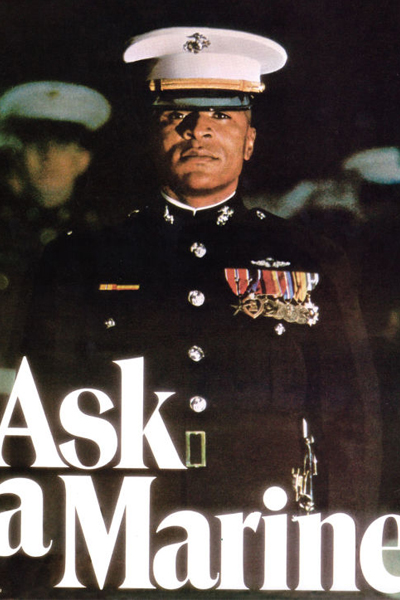 An extraordinary story of overcoming both institutional prejudice and extreme personal injury, Major James Capers Jr.—of the 3rd Force Reconnaissance Company—discusses his history leading up to being Commissioned by the United States Marine Corps and the actions during the “Broadminded” mission at Phu Lac that resulted in him being awarded the Silver Star medal.

James Capers Jr. believes he was born in South Carolina. Growing up in the 1930s, the records of African Americans were not very well kept—especially in the South—and Mr. Capers does not have a birth certificate and does not know exactly where he was born. (Although years later, after joining the military, the FBI did a search on his background, and gave him the birthdate of August 25th, 1937).

Major Capers grew up in the rural South as a part of a family of sharecroppers. The youngest of four children, he recalls his time in the South fondly, but short lived. Due to a warrant being put out for his father, the family fled to Baltimore, Maryland.

It was in Baltimore that Major Capers met his wife and also decided to join the military.  He joined the United States Marine Corps  in 1956, attending boot camp at Parris Island where he excelled, even winning  Outstanding Rifle Marksmanship for being the best shot in boot camp. He then went to infantry training, which was cut short by a crisis in Egypt in which the Suez Canal was closed down. Although Major Capers was sent, the issue was resolved and they returned before ever leaving ship.

In 1958, then a Corporal, Capers was sent to Lebanon to evacuate Americans from the Embassy to get out of the way of a surrounding civil war. It was his first exposure to combat and lead to him being promoted to Sergeant.  In 1959, Capers reenlisted, making the jump to Special Operations—also known as Force Recon or the Commandos.  After rigorous testing, he became the first African American to join the Special Ops of the Marine Corps, as a Sergeant of the First Force Reconnaissance Company.  He spent fifteen months with that team, much of it overseas.

It was during his stay at Fort Meade, Maryland that the United States entered the Vietnam War. Sergeant Capers was faced with a choice: stay home with his family or to serve his country and bring his brothers-in-arms home safe. While he couldn’t stand being at home while his fellow Marines were off fighting and dying for his country, his commander wouldn’t allow Capers to go because of his obligations to his growing family.  Capers therefore volunteered for the Third Force Reconnaissance, and with the support of his wife, he got his wish to again serve overseas.  Capers arrived in Vietnam in May of 1966. He first went to Nha Trang, conducting underwater diving missions to investigate sunken U.S. ships, followed by a stint in Da Nang, doing similar diving missions and getting his first taste of combat in Vietnam.

After completing some additional training in Japan, Capers returned to Vietnam to make four amphibious landings near the Demilitarized Zone, traveling south to Da Nang, north back up to Phu Bai, and finally to Khe Sanh. During this time in Vietnam, Sergeant Capers went on and lead countless missions to gather intelligence, support infantry battalions, search for downed aircraft, search for POW camps, and more. His leadership and commitment to his men and his duty earned him the rank of Second Lieutenant in 1966, becoming the first African American to be commissioned as an officer in The Marine Corps Special Operations. He continued to lead missions until he and his team took severe injuries on a critical mission in 1967. Capers stayed with the Marines until 1978 when, at the rank of Major, he retired to live peacefully with his wife and son.

Major Capers was credited by his fellow Marines for the success of their missions and for keeping them alive. His actions of heroism and bravery lead to him being awarded the Silver Star. A large group of his fellow Marines have fought—and continue to fight—for him to receive a Medal of Honor nomination.

In this interview, Major Capers described many important elements of his life, including the moral reasoning for joining and staying with his devoted men, details of his missions, his difficult recovery process from injuries, the role of being the first black officer in a white military, and what it meant to carry his race on his back. He also discussed his father’s impact on his life, his love for his family, his devotion to religion and how it helped him get through adversity. And, of course, Major Capers outlines his incredible devotion to the Marine Corps and his brothers within.