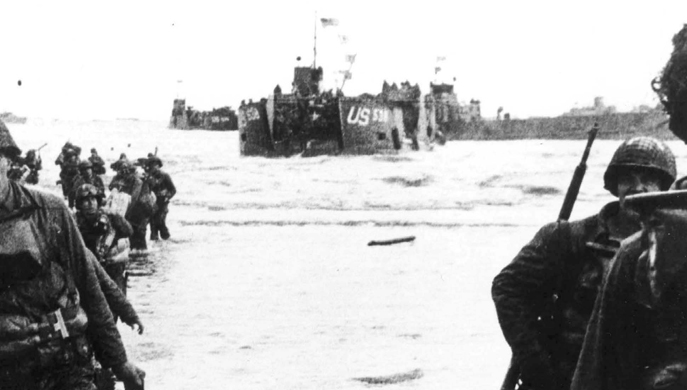 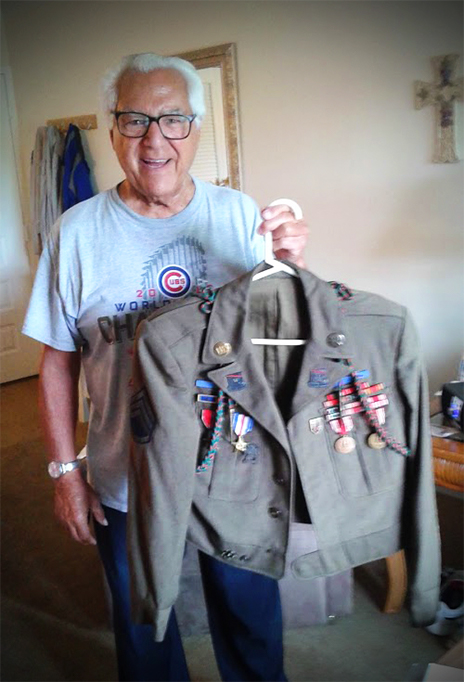 Landing on Omaha beach, Normandy, on D-Day, June 7, 1944, firing in enemy pillboxes, fighting in the Battle of the Bulge and in the major offensive of Berlin, the teenage Dom Errichiello, of the US Army 1st Infantry Division, 18th Regiment was no stranger to courage.  He was rightfully awarded the Purple Heart, the Bronze Star, and the Silver Star for his service. In addition to receiving a Purple Heart, Dom retained his compassionate heart, despite the continuous combat and personal danger.

Born to Italian immigrants in Chicago on July 4th, 1925, Errichiello grew up in a small apartment with his parents and five sisters.  After graduating high school he attempted to enlist in the army, but his mother found out and successfully fought the draft board to have him removed, since Dom was her only son.  However, shortly thereafter he received draft papers and was sent to Camp Blanding, Florida for his basic training.

Next, Errichiello was sent to South Hampton, England, where he prepared for the D-Day invasion, drilling on the LCIS’ [Landing Craft Infantry ship] of the warship, from which he would later be launched.  On the day of the invasion he landed with the fourth wave of troops on Omaha Beach.  He survived by hiding underneath the dead bodies of other GI’s floating in the water, as German’s fired on him from pillboxes above his position.  When support from the air force made it possible to storm the beach, he and his lieutenant scaled the cliffs lining the beach and cleared the pillboxes, by pulling off the vents on top and firing down inside.

For the next year, Errichiello fought his way through France, Belgium, the Netherlands, and finally into Germany. He and the 1st Division were active in securing newly liberated towns such as St. Lô or Cherbourg. This required a house-to-house searched to hunt down of individual German soldiers. Deep in the Ardennes Forest, he fought the brutal cold and snow.  He recalls wrapping his feet in newspapers and K-ration wrappers in order to keep his feet warm in his hole-ridden boots.  At the Battle of the Bulge, he and eight other men were captured by German troops.  Only he and one other man were able to escape and make it back behind American lines.

When he returned home after the war, he attended college and got his bachelor’s degree from Chicago Tech College, and later his master’s degree.  He went to work for Motorola for forty-nine years, working his way up to chief engineer and obtaining fifty-five patents to his name.  He is the proud father of four girls and one boy all of whom he encouraged to pursue a higher education.

Marines Fighting the Japanese on Okinawa