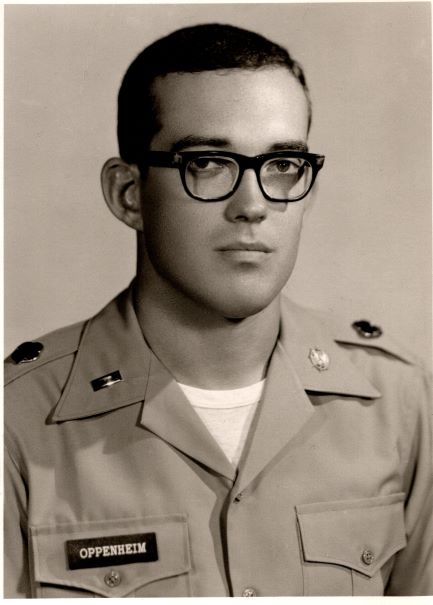 Using the experience he gained in the Peace Corps, Paul Oppenheim applied his broad understanding of culture while serving in the United States Army in Thailand during the peak of the Vietnam War.

Paul Oppenheim was born in Lincoln, Nebraska in October of 1943.  In his interview, he explains he spent the first five years of his life in Crete, Nebraska before settling in the Chicago area with his parents and brother.

With roots still in Nebraska, Paul returned to Crete after high school to attend Doane College.  After graduation, he joined the Peace Corps, where he taught English in Thailand.  Soon after returning, he joined the US Army in 1966.  After ten long months of basic and advanced individual training, and six months of Officer Candidate School, he ended up back in Thailand in 1967 as an Army lieutenant.  Although his original interest was for the Signal Corps, due to a clerical error he ended up in Transportation Corps.  Because of his degree in political science, he was asked to become a legal officer, so he spent his year in Thailand involved with court-martial cases.

The experience he gained in the Peace Corps gave him a leg up when interacting with the Thai people.  He understood the language and the culture well enough to notice the gap between the Thai civilians and American soldiers.  Although they were allies, he sensed the distrust between them—which he blames on the misunderstanding of cultural differences.  He emphasizes the major contrast between working in the same country with two different organizations: the Peace Corps and the Military.  He also expresses the importance of bridging the gap of cultural difference in order to gain civilian trust.

Once Paul returned from Thailand, he was assigned to Fort Eustis, Virginia, where he finished up his service.  Furthering the experience he acquired in the Transportation Corps, he took a job with Metra in Chicago, which he held for many years.  He actually visited Thailand again with one of his Army buddies in 2005.  While he was there, he looked for the school where he taught in the Peace Corps, but it no longer exists.  He also mentions Thailand has changed a lot since the 1960s, when he was there.  Paul is proud of his military experience, and is happy he could bring his open-minded cultural perspective with him during his service.

David Maraniss: They Marched into Sunlight

Thank you to the generous sponsors of FACES OF WAR: Documenting the Vietnam War from the Front Lines