“KEEP IN MIND THAT TO THIS DAY I really don’t like the North Vietnamese or the Viet Cong.  I didn’t differentiate between the NVA and the VC.  Both were as heavily armed as we were, if not more so because we had helicopters and artillery and they didn’t.

Our job was to make an assault in an opening in the jungle near places like the A Sầu Valley, KNOWN AS THE STREET WITHOUT JOY, or the Ho Chi Mihn Trial and we never really knew where we were or where the enemy was.

We would surround a village at around midnight that had a creek on one side, covering the other three sides.  Come light, we’d wait for the VC and encounter them. They would SEND OUT THE KIDS AND THE WATER BUFFALO of the village first and then move out with the kids and animals, using them for cover.  They would often shoot from amongst the kids, knowing we would not shoot back. Not being able to shoot back was irritating but I had an obligation to my men to keep them alive and as close to normal as I could.

When you have a 19 year old kid see the horrors of war – nobody should have to see that stuff – AND NOBODY SHOULD SHOOT KIDS. However, when we encountered machine gun nests run by women, we would shoot them.

The hearts and minds theory was bull because the locals had to listen to the VC because they would SLAUGHTER THE VILLAGE HEADS just for talking to us."

This broadside featuring the words of Vietnam War veteran John Schwan was printed for the Pritzker Military Museum & Library's 2016 exhibit Hunting Charlie: Finding the Enemy in the Vietnam War. Set in Arial and designed by Kenneth Clarke and Kat Latham. 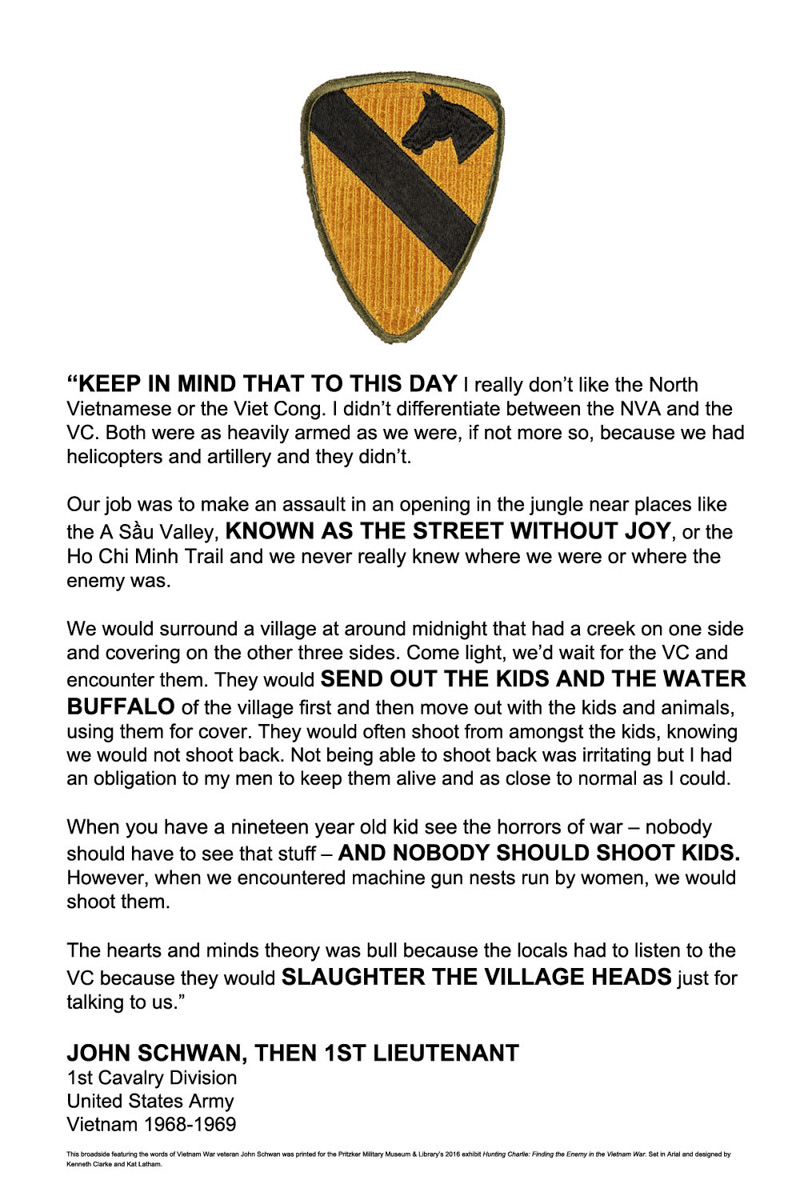 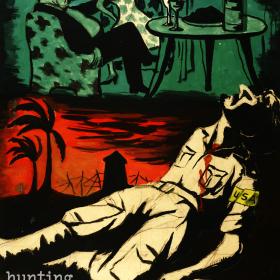 Capitalists pay no heed to a soldier's life.  Memorial