“I was one of the lucky women who were part of the experiment that proved women could fly as well as men.”

Lois “Ann” Darr (née Russell) was at the University of Iowa in 1940, when she completed CPT. In 1943, as the Navy was shipping out her husband, Darr decided to put her pilot’s license to work and as a WASP.

Darr described a feeling of camaraderie among the WASPs, formed through excitement, hardships, and close living quarters. The women were not always welcomed by their male counterparts, or the wives of Army Airmen. This not only took the form of shunning and rumors, but also sabotage of the airplanes the WASPs flew.

Darr insisted that even worse than the discrimination they experienced on the bases, was the sexism that resulted in the sudden dissolution of the WASPs.

Darr went on to be a celebrated writer and teacher of poetry. She wrote nine books and the play Final Flight Check. Darr drew heavily from her experiences in her writing:

“I have had the deep pleasure of re-living the flying in the writing. The exhilaration, the excitement of rising into the air, the satisfaction of making every move count, the precision of it, being in control, and the sheer joy of seeing the sweep of the earth….”

Darr’s family was proud to see her buried as a veteran in Arlington National Cemetery in 2007. 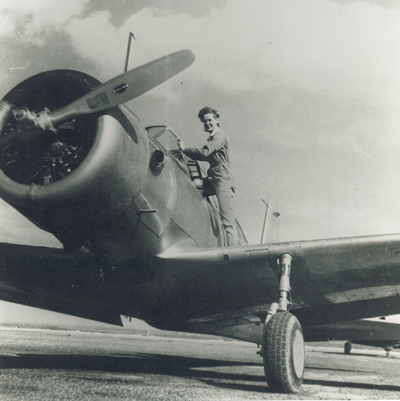