Gordon joined an African-American, female unit sent to Officer Training School (OCS) at Ft. Des Moines, Iowa. Upon completion of OCS, Gordon received her gold bars, marking her as a Second Lieutenant. From there, she joined the Thirty-Second Company and was sent to Ft. Huachuca, Arizona.

The company was sent overseas, to England, where they sorted warehouses of unorganized mail. The same needed to be done in Rouen, France. In addition to being a mail distribution center, Rouen was also the temporary home to a group of German Prisoners of War who were responsible for the care of the Allies’ quarters.

After her discharge in 1946, Gordon went on to finish her schooling at Howard University and then completed a graduate program in sociology at Catholic University. Decades later Gordon attended the dedication of the Women’s Memorial in Washington, D.C. There, Gordon was able to see how women’s contributions to the Armed Services have evolved and shaped the current military formation, “… all branches of the service, representing all colors, all races, and all ranks. It was something that I would have never envisioned in 1942”. 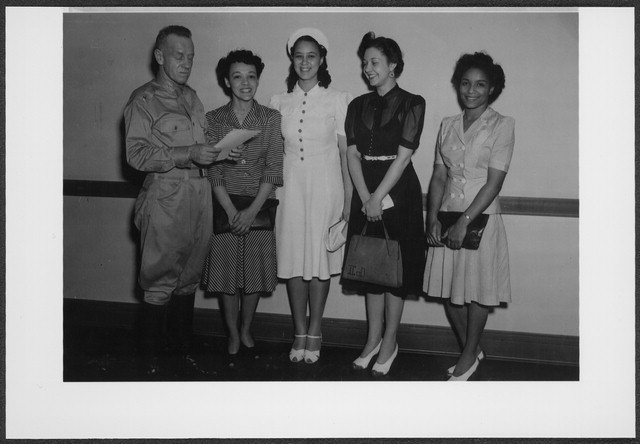