In 1944 Alice Philips enlisted in the Women’s Army Corps (WAC) to fund her career advancement. After previously training to become a nurse, Philips sought to further her education and become a lab technician.

With her brother already a member of the Army, Philips joined the WACs, fueled by the promise of an education and the possibility of training as a technician. A native of Missouri, Philips already had some experience as a nurse, previously working at St. Mary’s Infirmary in St. Louis.

Upon joining the WACs, Philips was sent to basic training in Des Moines, Iowa. She was then stationed in Amarillo, Texas, where she worked as a nurse in the Army hospital located just outside the city. Throughout World War II, the Army base in Amarillo would serve as a training ground for pilots and as a recovery base for injured soldiers. Philips would eventually be transferred to the Lockbourne Army Airfield, later renamed the Rickenbacher Air National Guard Base, outside Columbus, Ohio. Lockbourne Army Airfield’s most notable crew was the 332d Fighter Group, more commonly known as a part of the Tuskegee Airmen, the all black flying crew.

Philips continued to serve the WACs as an aid and technician until her discharge in 1947. After the war, she was married and continued to reside in the Midwest, working as a technician and eventually teaching nursing at a local institution. 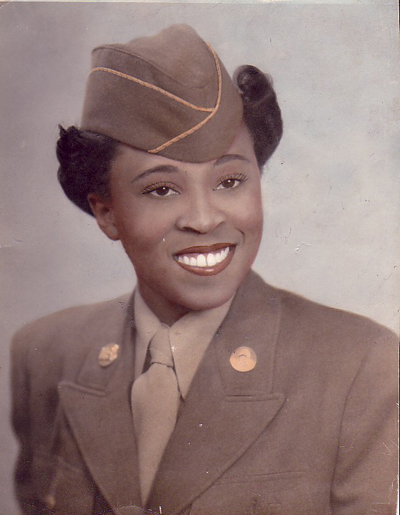