Virginia Allen (née Claudon), was working as support staff at Ream General Hospital when she got news that her fiancé had been killed flying to Africa.

In her grief, Allen decided to join the Red Cross. She went through the lengthy process of paperwork, physicals, and training, and eventually she was stationed in Agra, India.

Allen worked on a radio show meant to counteract the Tokyo Rose broadcasts. When she wasn’t on the air, she worked with other Red Cross volunteers to provide social activities for servicemen. She enjoyed arranging trips into the surrounding country. By going to the marketplace to buy souvenirs, going to the Taj Mahal, and even going to leper colonies, Allen learned how to get around and be independent in a wholly unfamiliar setting.

Allen was the victim of rumors of impropriety in Agra. In order to counteract the rumors, Allen allowed herself to be physically examined to prove her virginity, then fabricated an engagement with a friend stationed on Okinawa. Eventually Captain Allen showed up to see his so-called fiancée, but he did not ruin her charade, instead he started taking her out. After the war, they married. 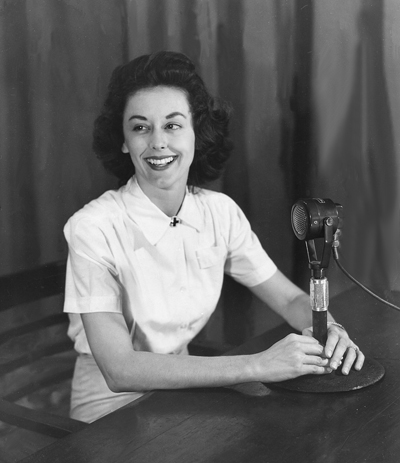