Cook and her fellow nurses were ordered to set up their first hospital close to the front. So close that they were forced to wait for the Allied defeat of the Germans in Tunisia before travelling to the planned site of their hospital. Once established in Mateur, they tended not only the wounded Allied soldiers, but also the severely wounded Germans left behind.

Cook was stationed in Aix-en-Provence, France, when victory in Europe was declared. “They invited all of the troops, foreign troops, American, British, French troops to march in the VE Day parade… we were in our full uniform marching down the street and all of a sudden I looked up at one of the lamp posts and hanging from the lamp post was a man with a big sign across his chest saying ‘Collaborator.’ They had hung the collaborators. And, of course, it was a horrifying sight to see him swinging from the lamp post.” 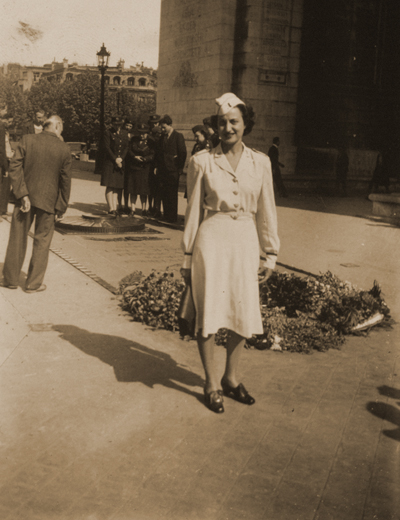