Dorothy Margaret Jenkins (née Cook) enlisted in the Army Nurse Corps in October 1944 after she was rejected by the Navy Nurse Corp.

At the time, the Navy Nurse Corps did not accept African-Americans.  Jenkins was sent to Camp McCoy, Wisconsin, for basic training, where she did not experience any discrimination or segregation.

Jenkins following posts were not as accepting. At Camp San Luis Obispo, California, Lieutenant Jenkins was barred from using the whites-only officers club. There was no club for African-American officers. At Papago Park, Arizona, a German POW camp, the nurses comprised the only African-American personnel. For the most part, the discrimination took the form of quiet hostility. However on one occasion Jenkins was assaulted by a white enlisted man who tried to rip the lieutenant bars from her uniform.

“It was readily apparent that there was more acceptance of the prisoners of war than of the Negro army nurses… As I assisted with surgeries, often times the tears soaked the surgical masks that I wore because of the betrayal I felt about the government in permitting such treatment.” Although she faced opposition, Jenkins continued to serve the Army, assisting the surgical team and administering allergy shots. 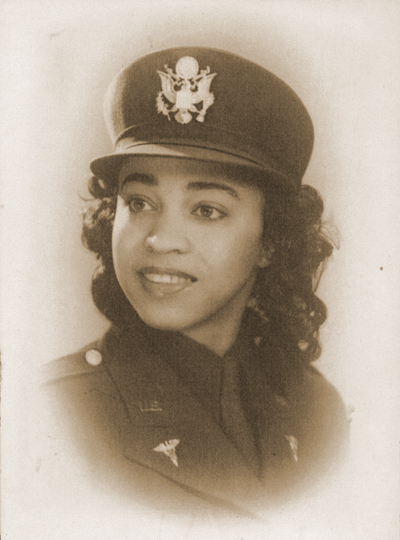