Anna Linburg’s (née Sutton) work as a secretary at the local draft board prompted her to enlist in the Marine Corps Women’s Reserve on July 20, 1943. “I had seen them sending many of the guys off, so I decided I was going to go.”

Linburg was sent to boot camp where the training was “strenuous... breaking you down from a civilian into a military personnel.” In 1945, after being stationed in San Diego, Linburg was a member of the first female group of Marines to be sent to Hawaii, and to serve outside the continental United States.

Linburg experienced first-hand the animosity of the male Marines toward their female counterparts, when she was given a promotion to corporal. Even her future husband, Master Gunnery Sergeant Linburg, was resentful of the presence of women in the Marine Corps, and did not think she should be allowed to be promoted past corporal. “Men did not like it that we invaded, infiltrated their precious Marine Corps.”

After the surrender of the Japanese, Linburg was discharged from the Women’s Reserves. She went on to marry Master Gunnery Sergeant Linburg, who became a career Marine, serving in World War II, the Korean War, and the Vietnam War. Both Linburg and her husband attended Aurora College in Illinois on the GI Bill. 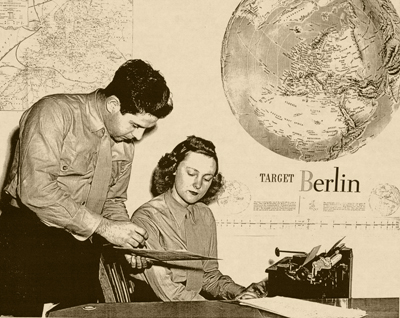