The Founder's Award is presented by Museum & Library Founder & Chair Jennifer N. Pritzker and recognizes an individual or organization for an extraordinary contribution to the mission of the Pritzker Military Museum & Library and the preservation of the heritage of the Citizen Soldier. 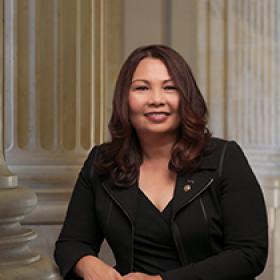 U.S. Senator Tammy Duckworth is an Iraq War Veteran, Purple Heart recipient and former Assistant Secretary of the U.S. Department of Veterans Affairs who was among the first handful of Army women to fly combat missions during Operation Iraqi Freedom. Duckworth served in the Reserve Forces for 23 years before retiring at the rank of Lieutenant Colonel in 2014. She was elected to the U.S. Senate in 2016 after representing Illinois’s Eighth Congressional District in the U.S. House of Representatives for two terms.

During her time in the U.S. House of Representatives, she was a vocal advocate for for working families and job creation. In the U.S. Senate, she's working towards common sense solutions to problems surrounding infrastructure, growing manufacturing jobs, investing in communities and ensuring college is affordable for all Americans.

Senator Duckworth is also working hard to support Veterans. She's lended her voice to support the passage of bills to help track and reduce Veteran suicides and to help Veterans find jobs in the private sector. She stands committed to ensure that we keep the promises made to our Veterans while standing behind deployed service men and women. 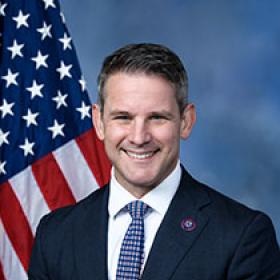 Adam D. Kinzinger is currently serving his sixth term in the United States House of Representatives, which stretches across 14 counties in Northern Illinois. Congressman Kinzinger serves as a member of the House Committee on Energy and Commerce and the House Foreign Affairs Committee, where he served as Ranking Member of the Subcommittee on Europe, Eurasia, Energy and the Environment in the 116th Congress. Prior to being elected to Congress, Kinzinger served in the Air Force in both Operation Iraqi Freedom and Operation Enduring Freedom.  He continues to serve his country as a pilot in the Air National Guard, with the current rank of Lieutenant Colonel, and balances this service with his duties in Congress.

During his time in Congress, Congressman Kinzinger has worked tirelessly for IL-16, and for the security of our nation. From getting veterans back to work, to combatting the opioid epidemic, he continues to fight for his constituents and stand up for America. 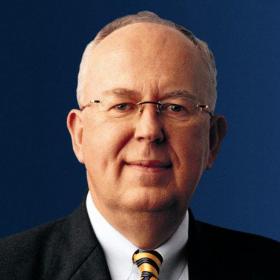 John Rowe, who holds undergraduate and J.D. degrees from the University of Wisconsin, has had an illustrious business career. He was Chairman Emeritus of the Chicago-based Exelon Corporation, a public utilities corporation serving the cities of Chicago, Philadelphia, and Baltimore. During the course of his career, he has also served as the CEO of the New England Electric System and the Central Maine Power Company, and as general counsel for the Consolidated Rail Corporation. He co-chaired the National Commission on Energy Policy and served on the Secretary of Energy’s Blue Ribbon Commission on America’s Nuclear Future. He also sat on the boards of the Northern Trust Company, The Allstate Corporation, and SunCoke Energy.

His civic commitments and investments in the future of Chicago’s cultural and educational life are equally extensive. He chaired the Illinois Institute of Technology, New Schools of Chicago, and the Field Museum, is the former chair of both the Commercial Club of Chicago and the Chicago History Museum, and was on the boards of the Illinois Holocaust Museum, the Morgridge Institute for Research, and the OneChicago Fund. He has endowed numerous research positions at IIT, the University of Wisconsin, and the Field Museum, and his private foundation, the Rowe Family Trust, co-founded both the Rowe-Clark Math and Science Academy and the Rowe Elementary School. 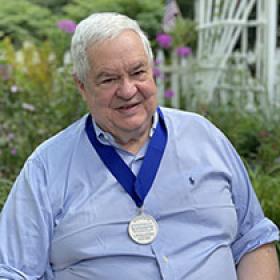 Professor Murray graduated from Yale University in 1963 with honors in history.  He then served five years as an officer in the United States Air Force, including a tour in Southeast Asia with the 314th Tactical Airlift Wing (C-130s).  He returned to Yale University where he received his Ph.D. in military-diplomatic history. He taught two years in the Yale history department before moving on to Ohio State in 1977 as a military and diplomatic historian; in 1987 he received the Alumni Distinguished Teaching Award.

Professor Murray has taught at several academic and military institutions, including the Air War College, the United States Military Academy, and the Naval War College.  He has also served as a Secretary of the Navy Fellow at the Navy War College, the Centennial Visiting Professor at the London School of Economics, the Matthew C. Horner Professor of Military Theory at the Marine Corps University, the Charles Lindbergh Chair at the Smithsonian Air and Space Museum, and the Harold K. Johnson Professor of Military History at the Army War College.  He served as a consultant with the Institute of Defense Analyses, where he worked on the Iraqi Perspectives Project.  In 2008 he completed two years as the 1957 Distinguished Visiting Professor of naval heritage and history at the U.S. Naval Academy.  For the past two years, he was a Minerva fellow at the Naval War College. 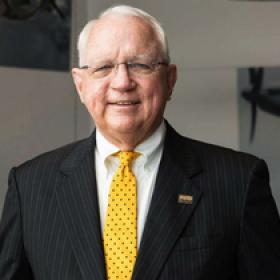 Mueller was selected by the Museum and Library’s founder Colonel Jennifer N. Pritzker to receive this award for his immense contribution to furthering the public’s understanding of military history and affairs. In addition to a lifetime of work devoted to military history, Mueller’s exceptional contributions to the preservation and interpretation of WWII history have resulted in him receving numerous awards, including the French government’s Legion of Honor. 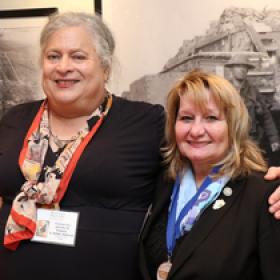 MSgt Narsete (Ret.) was selected by the Museum and Library’s founder Colonel Jennifer N. Pritzker to receive this award for her immense contribution to furthering the public’s understanding of military history and affairs. In addition to being one of 2018's Founer's Award recipients, Narsete has received a number of awards including the Lisa P. Jackson Distinguished Public Service Award as an EPA Administrator, the Federal Employee of the Year as recognized by the Federal Executive Board, the Air Force Reserve Photojournalist of the Year for five consecutive years, and several acclaimed projects in photography and multimedia. 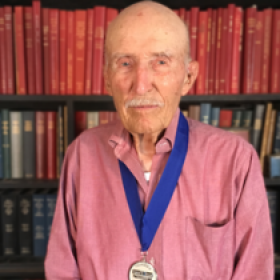 Bearss was selected by the Museum and Library’s founder Colonel Jennifer N. Pritzker to receive this award for his immense contribution to furthering the public’s understanding of military history and affairs. Bearss has received a number of awards in the fields of history and preservation; including the Harry S. Truman Award for Meritorious Service in the field of Civil War History and the Department of the Interior Distiguished Service Award, among many others. 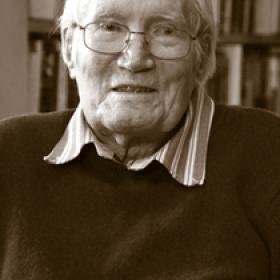 Horne was selected by the Museum and Library’s founder Colonel Jennifer N. Pritzker to receive this award for his immense contribution to furthering the public’s understanding of military history and affairs. In addition to a lifetime of work devoted to military history, Horne served in the Royal Air Force as from 1943-44, as an officer in the Coldstream Guard from 1944¬-47. He received the honor of Commander of the Most Excellent Order of the British Empire) in 1992. 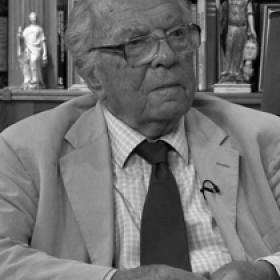 Renowned British Historian Sir Michael Howard was awarded one of two inaugural Founder's Literature Awards at the Museum & Library's 2015 Liberty Gala, presented for an immense contribution to furthering the public’s understanding of military history and affairs. 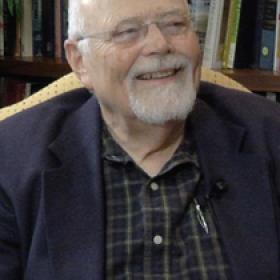 Military historian, author, and educator Edward M. Coffman was awarded one of two inaugural Founder's Literature Awards at the Museum & Library's 2015 Liberty Gala, presented for an immense contribution to furthering the public’s understanding of military history and affairs. 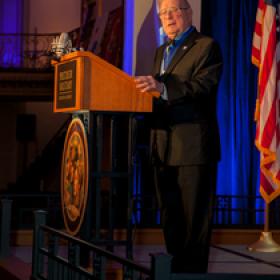 Woody Williams—a hero of the iconic Battle of Iwo Jima and an inspiration to countless Americans—was recognized with the 2014 Founder's Award for extraordinary contributions to the mission of the Pritzker Military Museum & Library and the preservation of the heritage of the Citizen Soldier, including donating his original presentation medal and official citation. 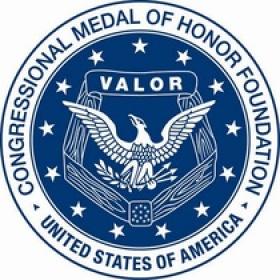 Albert B. Ratner and the Congressional Medal of Honor Foundation: 2012 Founder's Award

Albert B. Ratner received the Pritzker Military Museum & Library's Founder's Award in 2012 for extraordinary support of the mission of the Museum & Library. Retired Army Major General Thomas L. Wilkerson accepted a second award on behalf of the Congressional Medal of Honor Foundation, where he served as President and CEO. 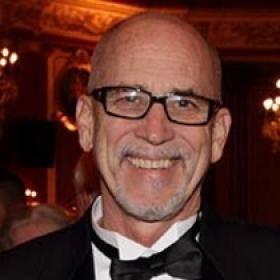 Peder Dahlberg's dedication to the Pritzker Military Museum & Library ranges from support of the annual Liberty Gala to involvement in the actual construction of the facility. 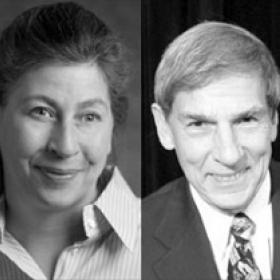 Captain Dave Truitt and Karen Pritzker received the 2010 Founder's Award for their dedication to the mission of the Pritzker Military Museum & Library. 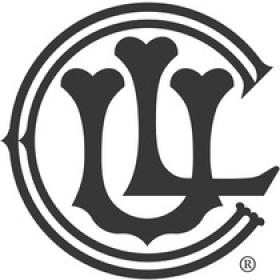 The Union League Club of Chicago received the 2009 Founder's Award for their long-time support and partnership with the Pritzker Military Museum & Library. 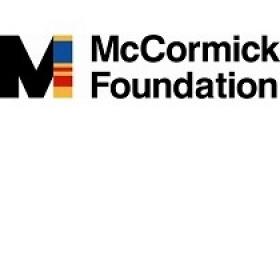 Chicago's McCormick Foundation was an early supporter of the Pritzker Military Museum & Library and sponsored the public and televised programming for several years. 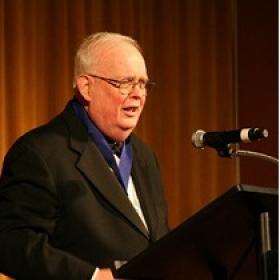 The late Chicago television host John Callaway was instrumental in the early programming of the Museum & Library, hosting the popular series Front & Center. 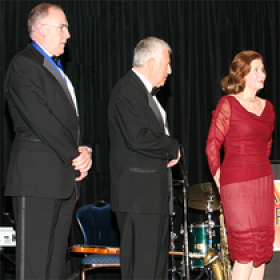