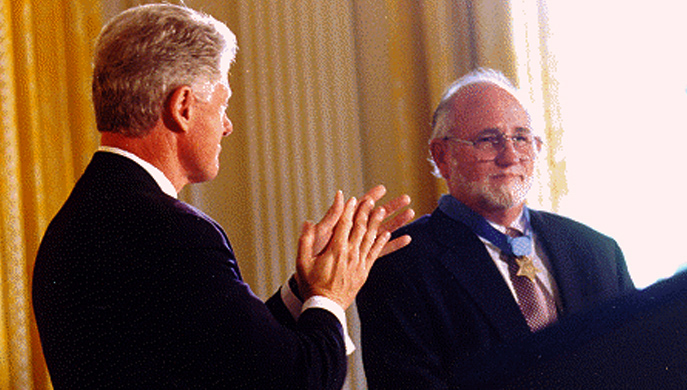 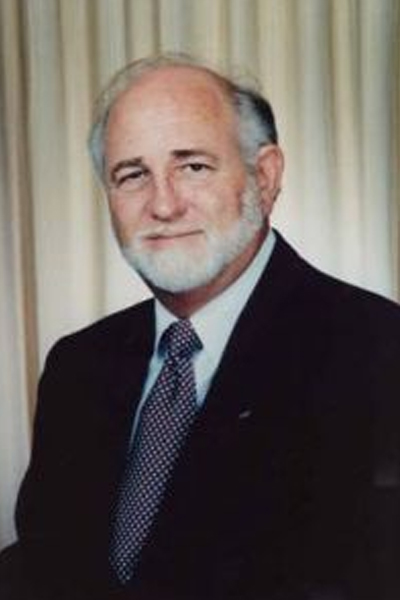 "Operation Indiana," a blocking mission in the Quang Ngai Province of Vietnam, took place on March 28, 1966. When C Company, First Battalion, 7th Marines - known as "Suicide Charley" - arrived, they had only 112 men.

Among them was a Navy Corpsman named Robert Ingram, who had been side-by-side with C Company in combat and patrols for the past eight months. On this day, however, the rules would change, and Ingram would be thrust into a fight for survival like nothing he had seen before.

This program was recorded at the U.S.S. Intrepid Sea, Air, and Space Museum in New York City.

His Citation Reads:
For conspicuous gallantry and intrepidity at the risk of his life above and beyond the call of duty while serving as Corpsman with Company C, First Battalion, Seventh Marines against elements of a North Vietnam Aggressor (NVA) battalion in Quang Ngai Province Republic of Vietnam on 28 March 1966. Petty Officer Ingram accompanied the point platoon as it aggressively dispatched an outpost of an NVA battalion. The momentum of the attack rolled off a ridge line down a tree covered slope to a small paddy and a village beyond. Suddenly, the village tree line exploded with an intense hail of automatic rifle fire from approximately 100 North Vietnamese regulars. In mere moments, the platoon ranks were decimated. Oblivious to the danger, Petty Officer Ingram crawled across the bullet spattered terrain to reach a downed Marine. As he administered aid, a bullet went through the palm of his hand. Calls for "CORPSMAN" echoed across the ridge. Bleeding, he edged across the fire swept landscape, collecting ammunition from the dead and administering aid to the wounded. Receiving two more wounds before realizing the third wound was life-threatening, he looked for a way off the face of the ridge, but again he heard the call for corpsman and again, he resolutely answered. Though severely wounded three times, he rendered aid to those incapable until he finally reached the right flank of the platoon. While dressing the head wound of another corpsman, he sustained his fourth bullet wound. From sixteen hundred hours until just prior to sunset, Petty Officer Ingram pushed, pulled, cajoled, and doctored his Marines. Enduring the pain from his many wounds and disregarding the probability of his demise, Petty Officer Ingram's intrepid actions saved many lives that day. By his indomitable fighting spirit, daring initiative, and unfaltering dedications to duty, Petty Officer Ingram reflected great credit upon himself and upheld the highest traditions of the United States Naval Service.