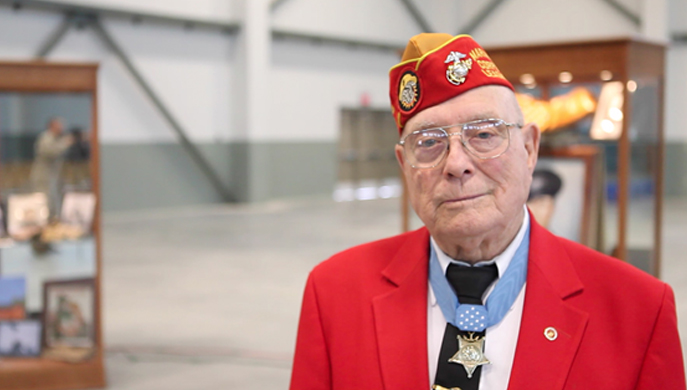 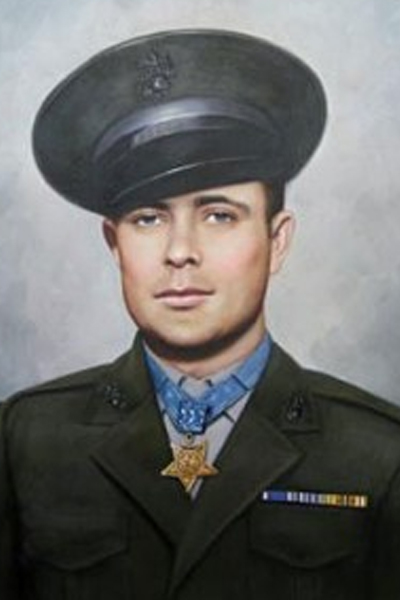 Five foot six was too short for the Marines in the fall of 1942, and barely tall enough a few months later; on the island of Iwo Jima, with the American forces taking heavy casualties and unable to advance beyond the beach, five foot six was a towering height.

Like all of the Medal of Honor series, the story of Medal of Honor recipient Hershel "Woody" Williams is not one of planned, calculated bravery. His company had been decimated, with all six flamethrower men lost in two days of intense fighting in the volcanic ash of Iwo Jima. But when Williams saw the American flag rise over Mount Suribachi, he seized the moment. The twenty-one year old Acting Sergeant strapped on a flamethrower and weaved through enemy fire to destroy a machine-gun pillbox. Williams spent the next four hours racing from enemy position to position, wreaking havoc, stopping only to grab new flamethrowers as each ran out of fuel. At last, the enemy line was broken and the Marines were able to advance.

By the end of one of the bloodiest battles in American history, 262 of the 279 Marines in Williams' company had been killed or seriously wounded. After leaving active duty, Williams became a lay minister in his church and a chaplain for his fellow Medal recipients. Today, he is Chaplain Emeritus of the Congressional Medal of Honor Society.

His Citation Reads:
For conspicuous gallantry and intrepidity at the risk of his life above and beyond the call of duty as demolition sergeant serving with the 21st Marines, 3d Marine Division, in action against enemy Japanese forces on Iwo Jima, Volcano Islands, 23 February 1945. Quick to volunteer his services when our tanks were maneuvering vainly to open a lane for the infantry through the network of reinforced concrete pillboxes, buried mines, and black volcanic sands, Cpl. Williams daringly went forward alone to attempt the reduction of devastating machinegun fire from the unyielding positions. Covered only by four riflemen, he fought desperately for four hours under terrific enemy small-arms fire and repeatedly returned to his own lines to prepare demolition charges and obtain serviced flamethrowers, struggling back, frequently to the rear of hostile emplacements, to wipe out one position after another. On one occasion, he daringly mounted a pillbox to insert the nozzle of his flamethrower through the air vent, killing the occupants and silencing the gun; on another he grimly charged enemy riflemen who attempted to stop him with bayonets and destroyed them with a burst of flame from his weapon. His unyielding determination and extraordinary heroism in the face of ruthless enemy resistance were directly instrumental in neutralizing one of the most fanatically defended Japanese strong points encountered by his regiment and aided vitally in enabling his company to reach its objective. Cpl. Williams' aggressive fighting spirit and valiant devotion to duty throughout this fiercely contested action sustain and enhance the highest traditions of the U.S. Naval Service. 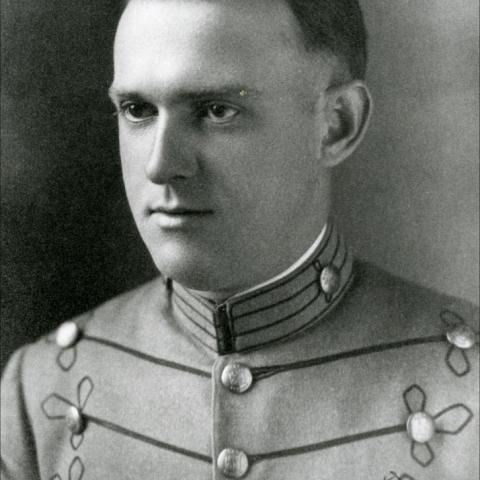 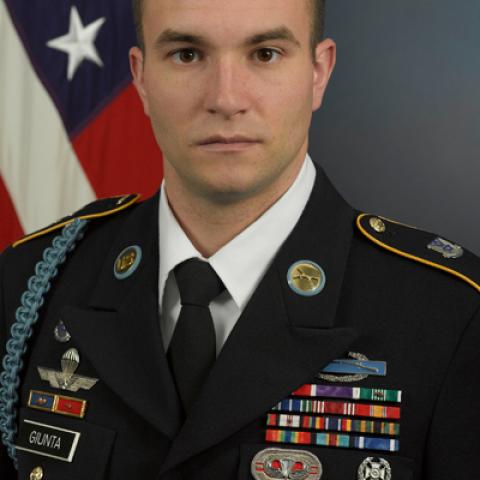 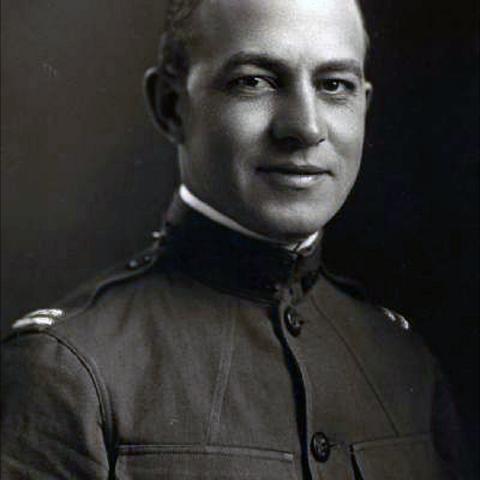 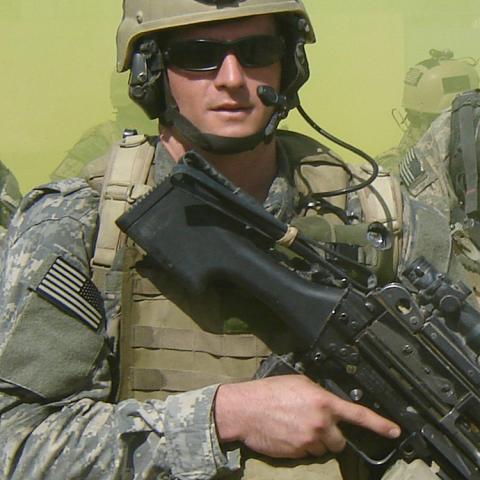 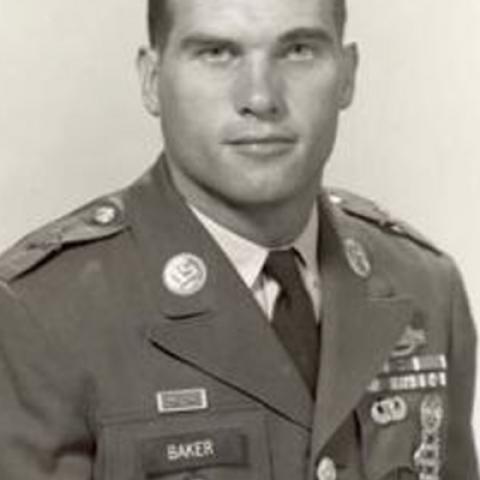 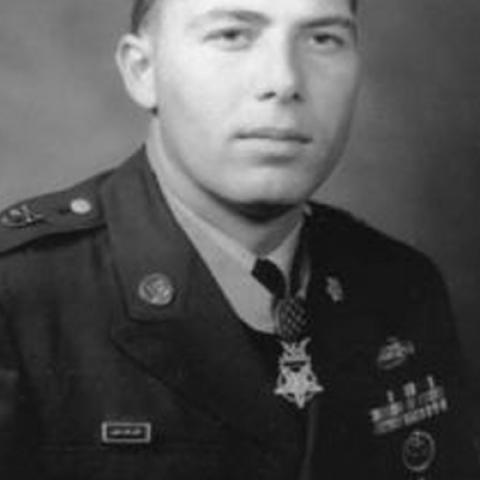