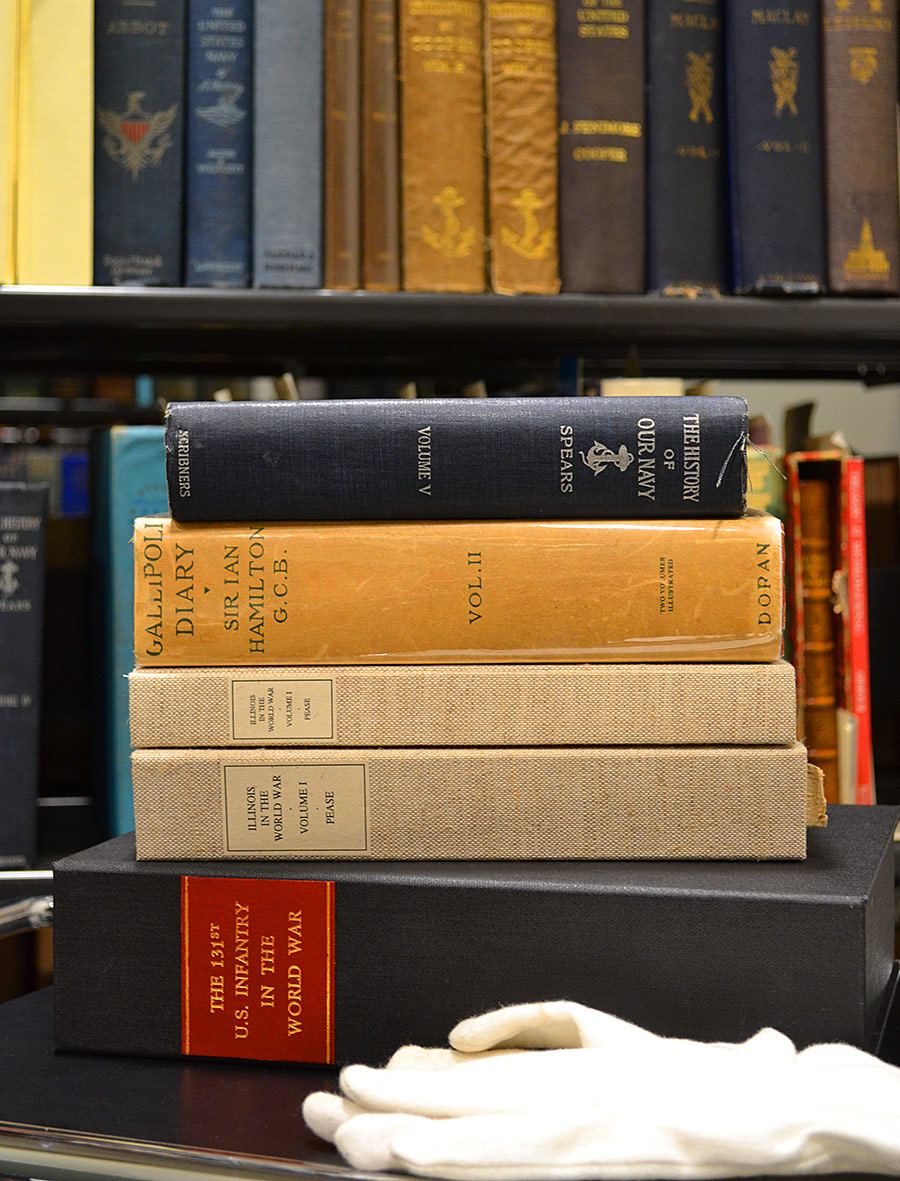 Among the highlights of the Museum & Library's collection are more than 3,000 rare and non-circulating books and materials on war and military operations.

Among the oldest items in our collection, De Bello Belgico (a.k.a. History of Low Countrey Warres) is Roman author Famiano Strada's chronology of the Dutch wars for independence fought against Spain in the mid-16th Century. Published in 1650 and originally written in Latin and translated into English, the title page of Strada's work features a map of the Low Countries—present day Netherlands, Luxembourg, and Belgium—in the shape of a "Belgic lion."

Other highlights include British author John Entick's 1763 examination of The Seven Years' War, entitled The General History of the Late War: Containing its Rise, Progress, and Event in Europe, Asia, Africa, and America; a 1924 set of volumes by Ida M. Tarbell, entitled The Life of Abraham Lincoln: Drawn from Original Sources and Containing Many Speeches, Letters and Telegrams Hitherto Unpublished , illustrated with 23 documents and letters on Lincoln and the Civil War with signatures by A. Lincoln, U. S. Grant, Jefferson Davis, and others; and a third edition of Lt. Commander Leland P. Lovette's guide to Naval Customs, Traditions, and Usage, published by the U.S. Naval Institute in 1939.

Most recently, the Museum & Library has acquired a copy of History of the Expedition Under the Command of Captains Lewis and Clark (1814), previously held in the private collection of Samuel Latham Mitchill Barlow as evidenced by his book label. Recounting Meriwether Lewis and William Clark’s famous 8,000-mile expedition across the western United States, this two-volume set is considered an essential cornerstone of Western Americana, and is held by more than 100 research and academic libraries.  Our copy includes five maps and charts, along with a large folding map represented in facsimile.