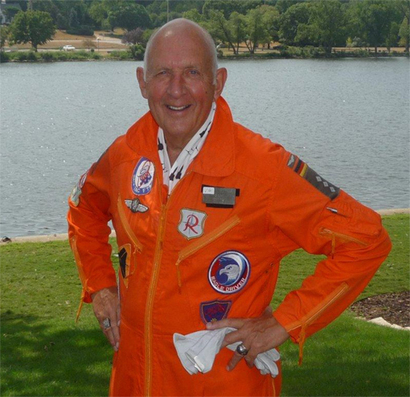 A retired major general in the U.S. Air Force, John L. Borling is the author of Taps on the Walls: Poems from the Hanoi Hilton.

He chairs the Business Board and is a Director of Synthonics (www.synthonicsinc.com), a specialty pharmaceutical company exploiting a patented chemistry that markedly improves performance of selected existing and pipeline drugs. He is a Director of Ascent Exploration, a Texas Oil and Gas Company and an advisor to ADKOS (www.ADKOS.com), a vehicle storage company.

Borling founded and chairs SOS America (Service Over Self) www.sosamerica.org, a patriotic organization advocating military service for America’s young men age 18-26. Previously, as President/CEO of Chicago’s United Way he was credited with a rebound of interest and annual campaign success exceeding 95 million dollars. In 2004 and 2006, maintaining America needs a political middle, he was unsuccessful in quests for the U.S. Congress—obviously a better fighter pilot than a politician. A motivational, political philosophy and business speaker, he is in demand across the nation.

A native Chicagoan and Air Force Academy graduate, Borling's military career spanned 37 years. A highly decorated officer, to include the Silver Star, Two Bronze Stars with V for Valor and Two Purple Hearts, he was an F-15 Eagle fighter pilot and commander of the famed “Hat in the Ring” squadron. He was an Air Division commander at Minot ND and Head of Operations for Strategic Air Command (SAC). In that position, Borling directed SAC’s support of hostilities in the first Gulf War and Panama and was charged with execution responsibilities for the nation’s nuclear war plan.

At the Pentagon, he led CHECKMATE, a highly classified war fighting think tank and was Director of Air Force Operational Requirements helping initiate a new family of guided weapons. In Germany, he commanded the largest fighter and support base outside the United States and later served at NATO’s Supreme Headquarters in Belgium working directly for the Supreme Commander and Chief of Staff. He was central to the creation of HQ North in Norway and served as Chief of Staff of that integrated NATO/National command. He has piloted many aircraft including, the F16 Viper, F4 Phantom, the SR71 Blackbird, the U-2, and B-52 and B-1 bombers.

During the Vietnam War, Borling was shot down by ground fire. Seriously injured and captured while trying to evade, he spent 6½ years as a POW in Hanoi.

He is a graduate of The National War College and executive programs at the JFK and Business School at Harvard. He was a White House Fellow and, later, treasurer and director of the governing foundation and for many years a regional selection panel member.

Current civic activities include: Life Member, The Commercial Club of Chicago; Trustee, The Lincoln Academy of Illinois; President, Sister Lakes Michigan Land Conservancy; Inductee, Illinois Aviation Hall of Fame; Who's Who in America; and numerous other local and national organizations. A 2010 Chicago Marathon finisher (24th in class), John Borling is married to his high school sweetheart, Myrna, and lives on the Rock River in Rockford, Illinois. 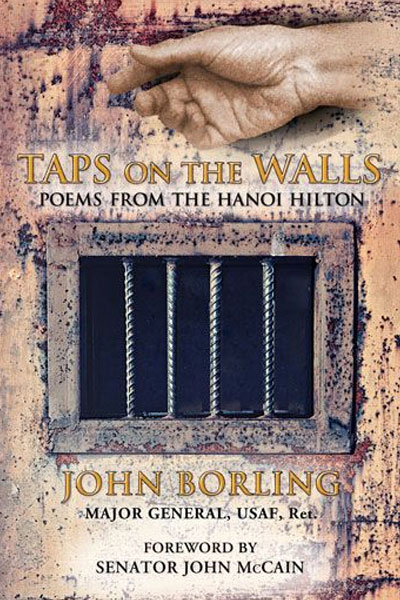