Wagner joined the Navy, and they both moved to New York City, where he was initially stationed. Wagner was killed on a destroyer that hit a German mine off the coast of France on D-Day.

Shortly after, Hawkins decided to join the WAVES, and was stationed with the Bureau of Personnel in Washington, D.C. Hawkins issued temporary duty orders for officers who were going to return to their duty stations. Most often this was for additional training. Hawkins would fact check the validity of temporary duty requests.

Hawkins noted one occasion when she was told not to question or check on an order, because the order stationed the officers to a P.O box in White Sands, New Mexico, which differed from the usual orders, that sent officers to naval bases. Later, history told her that this was one of the towns where the military was developing the atomic bomb.

Hawkins was discharged at the end of the war and travelled to Germany, where her father was stationed in Berlin.  While in Berlin, she met her second husband, Phillips Hawkins. Her father returned to the United States to be Under-Secretary of the Army. Dorothy and Phillips Hawkins stayed in Berlin for two years before returning to the United States.  They had three children and were married for 51 years when Phil passed away in 1998. 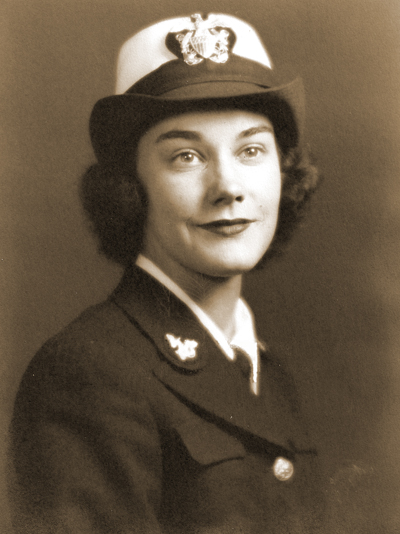