Clare Marie Crane (née Morrison) was attending Norte Dame when Pearl Harbor was bombed. Shortly after the bombing, the Dean of Women asked Crane if she would volunteer for the USO.

As an engaged woman, she was qualified to act as a senior hostess.  She describes her role as making sure the unmarried hostesses didn’t “fall for the men in uniform.”

After graduating, in 1943 Crane married her sweetheart Second Lieutenant Herbert G. Johns of the Army Air Forces, and followed Johns as he was stationed in various places around the United States. Eventually Johns was shipped overseas and Crane settled in Cleveland.  Once again Crane started volunteering for the USO as a senior hostess.

When one of Crane’s brothers was injured he was sent back to a U.S. hospital to convalesce. When Crane went to visit him, she encountered German prisoners of war. As a first-generation German-American herself, Crane had a different perspective than some Americans. She would talk to the “boys” in German, and looking back she says “they were nice young people, so far from home and lonely.”

As the war in Europe ended, Johns passed away suddenly of leukemia that had gone undetected. He died before Crane was informed that Johns was sick. Crane remarried and had seven children. She looks back at the war as a time that taught her generation “how to win and how to make do!” 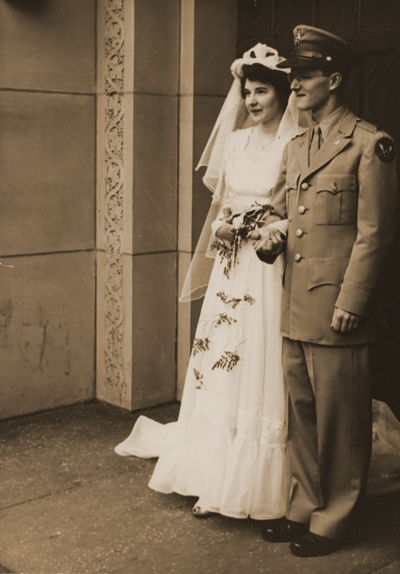