From Baltimore, the 20th Indiana Volunteer Infantry Regiment moved by boat to Hatteras Island, North Carolina before continuing on to Newport News, Virginia.

“This locality has great historical interest. Around no part of the United States does there cling so many or such attractive memories of adventures, chivalry and military glory. The placid waters of this great estuary welcomed the peaceful prow of the first English settlers on the Continent. At Jamestown, some 40 miles away up the James River, were built the first homes in America. There the redoubtable John Smith led his life of adventure and by his prowess saved the infant colony from destruction. Nearer and only 20 miles away at Yorktown, Washington received the surrender of Cornwallis ending the Revolutionary War.

Every landing place, point, island, and creek in the vicinity bears a name supplied by early Colonists, given for some reason quaint and interesting. Old Point Comfort, where now stands Fortress Monroe, was so called because they there found comfort after stormy voyages. Newport News was named for Sir Christopher Newport, a Governor of Virginia. The Colonists gave him up for lost because of his long delay in returning from England. They there first saw his ships and sent news of his coming.” 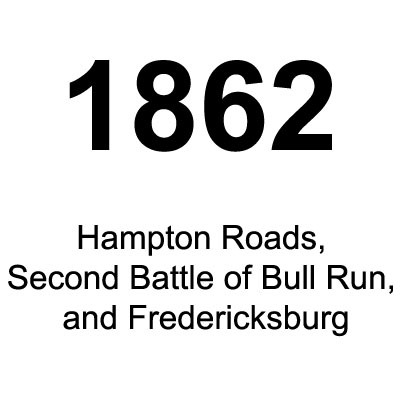 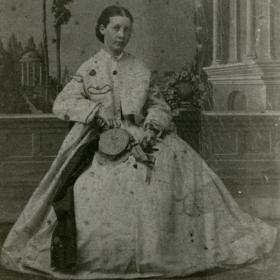 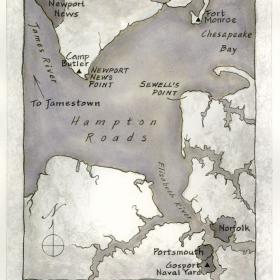