When the first shots of the Civil War were fired on Fort Sumter in Charleston Harbor, at dawn on April 12, 1861, the total strength of the U.S. regular army was just over 16,000. But by early May, as the battle lines emerged between Confederacy and Union, President Lincoln had called for over 150,000 volunteers. Many states responded quickly, including Indiana, and volunteer regiments were raised.

Initially, the units had the character of town meetings, with basic democracy prevailing over anything like military discipline. Selection of officers and decisions about uniforms and weapons were often voted on by all recruits. Some drilling occurred, but there was little in the way of basic training. Neither side was prepared for the scale, ferocity, and duration of the war that had begun. 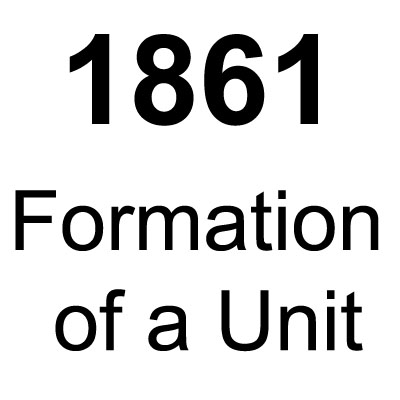 The Formation of a Unit 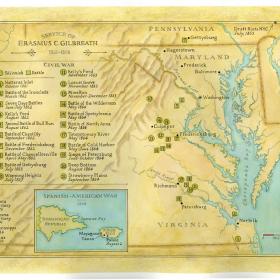 Map of the Service of Erasmus C. Gilbreath Memorial 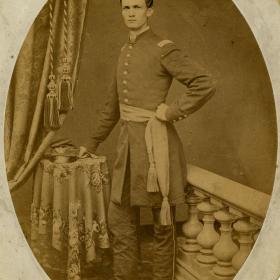