More than 1,000 Higgins boats made their way to shore on D-Day. Packed shoulder to shoulder in the boats as they approached the beach, many of the thousands of soldiers that crossed the English Channel became seasick. Unfortunately, once the naval bombardment ceased, the cramped boats became easy targets for the German defenders as illustrated by this Higgins boat on fire. Dodging machine-gun and artillery fire on approach, ferrying the troops toward the beach was no easy task. 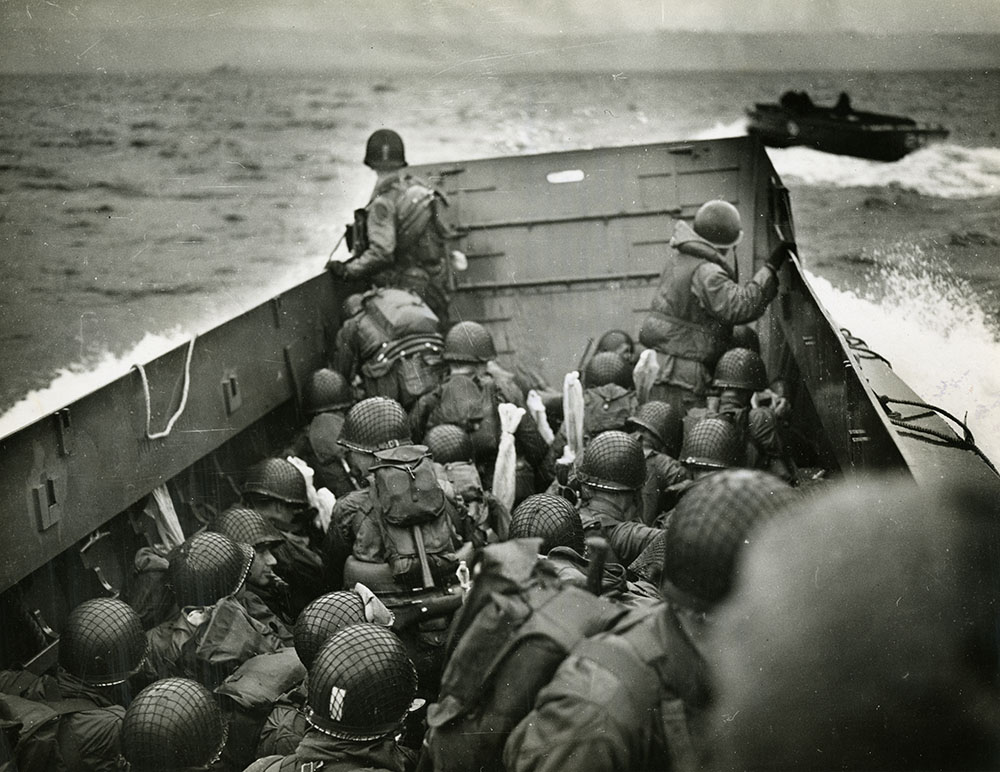 More than 1,000 Higgins boats made their way to shore on D-Day. 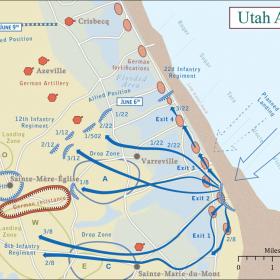 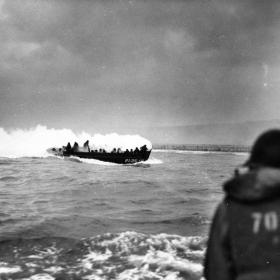 An LCVP Makes Its Way to Omaha Beach on Fire Memorial