In 1917, as the United States mobilized for war, the American Library Association (ALA) identified a need for libraries on training bases.

At the close of the war, the ALA transferred control of the libraries to the military and any surplus books were transferred to libraries in need. The ALA used the success of the Library War Service to promote continued use of public libraries by returning soldiers. 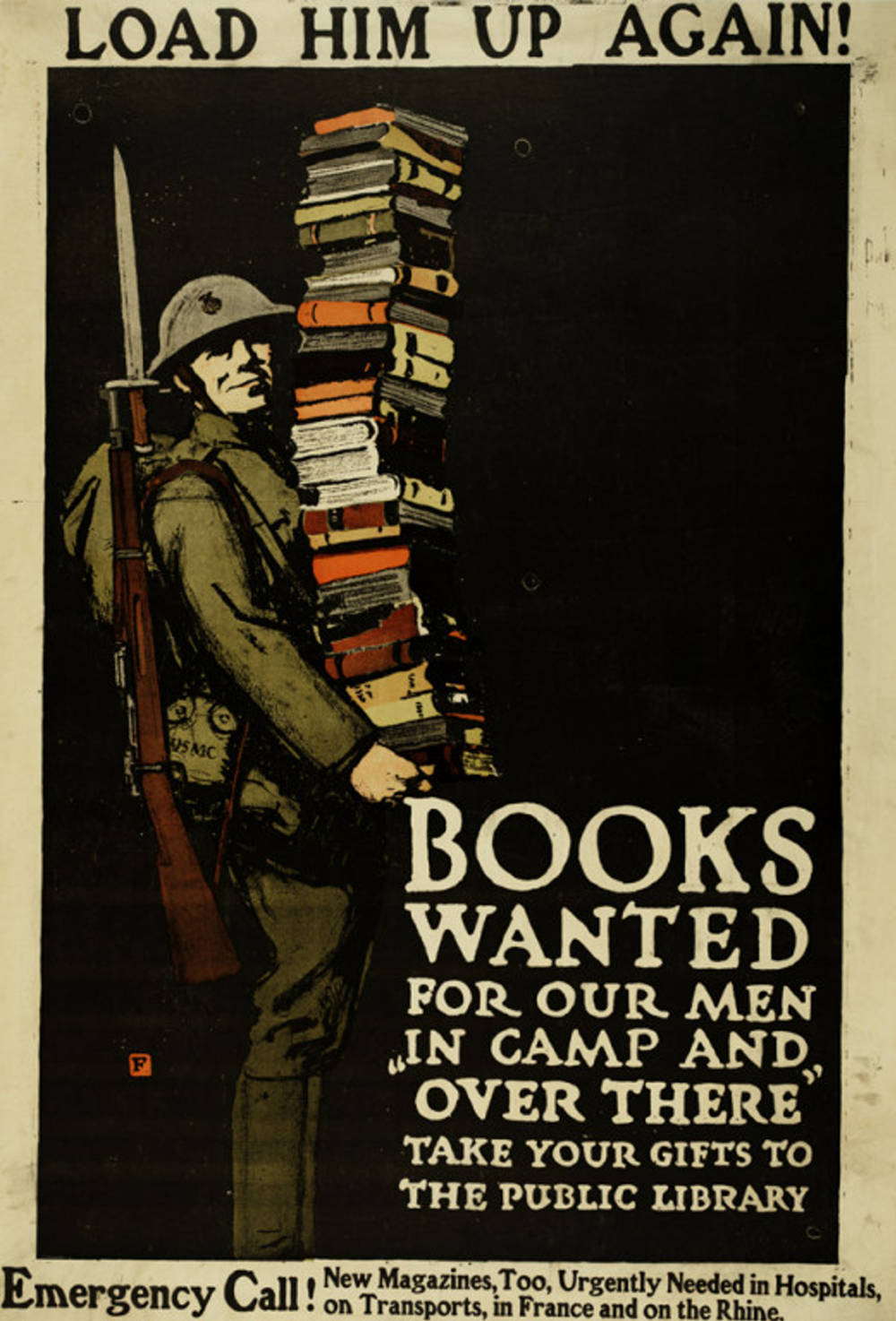 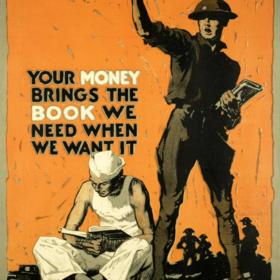