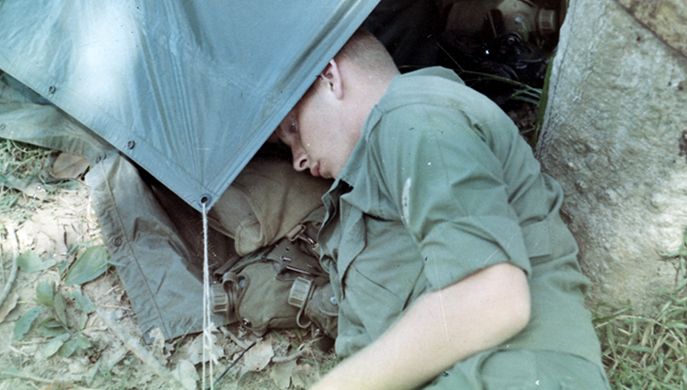 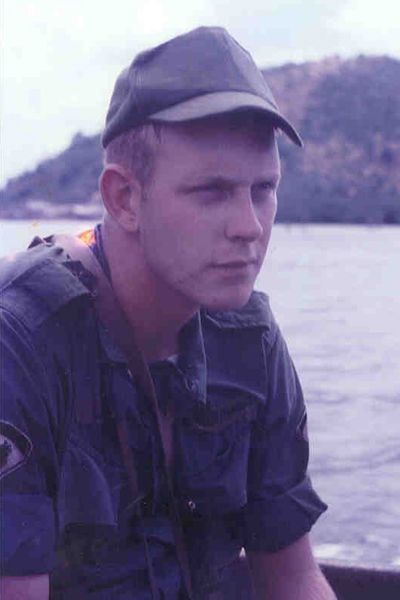 From photographing one of America’s grueling wars to reenlisting and being deployed in one of the nation’s quickest wars, Master Sergeant Robert Lafoon’s military career is nothing short of unique.

Lafoon was an avid photographer since childhood and was a member of the camera club in high school.  His interest in still photography stemmed from his mother and grandfather, both were avid amateur photographers.  In February, 1964 Lafoon enlisted in the Army.  After basic training in Fort Jackson, SC, Lafoon was assigned to the 2nd Battalion, 41st Mechanized Infantry, 2nd Armored Division (Hell on Wheels) at Fort Hood, Texas. Later, he chose to extend his three year contract an additional year and jumped at the opportunity to reclassify from infantry to still photographer.  Lafoon attended the Still Photography School between May and August 1965 at Fort Monmouth, New Jersey.  After graduating, he received orders to report to the Department of Army Special Photographic Office (DASPO)-Pacific.  The detachment headquarters’ was located at Fort Shafter Hawaii.   When Lafoon arrived at DASPO- Pacific in October, 1965, he was the newest and youngest member of the unit age nineteen.

From October 1965 through March of 1968, Lafoon deployed on several photographic missions with fellow DASPO-Pacific team members to various locations throughout Southeast Asia.  During the Vietnam War years, the primary focus of DASPO-Pacific was Vietnam.  Lafoon spent twelve months in Vietnam; six months in 1966 and six in 1967.  He recalls various memorable shots during his time in Vietnam, such as an award-winning image of a Catholic mass officiated by Chaplain Bruno Masotti: “The Bear from Alabama.” Other notable images included classic wartime images, including an exhausted soldier and helmet graffiti. Others captured a humane element of the combat experience, such as a sergeant smiling with a young Vietnamese child and a soldier cradling a dog. Lafoon attributes some of his success in capturing these intense, intimate moments as “being in the right place at the right time.” DASPO photographers were embedded in combat, living and mobilizing with the units they photographed. “You get a truer picture that way,” Lafoon explained.

Lafoon left DASPO in 1968 but rejoined the Army in 1985 as a reservist, where he worked in military intelligence, logistics, and operations. Ironically enough, part of this work involved managing and tracking photography equipment. During his Army Reserve years, Lafoon was activated in August, 1990, for Operation Desert Shield and Desert Storm, and was deactivated back into his reserve unit in June, 1991.  He later retired from the military in 2002.

Some shots of Lafoon’s work can be seen in “Faces of War: Documenting the Vietnam War from the Frontlines.” The ultimate hope, he says, is for the photographs to humanize Vietnam veterans and to  show Vietnam veterans were no different than any other veterans serving our country,” Lafoon says, “and I hope [viewers] take that away when they see [the photographs].”