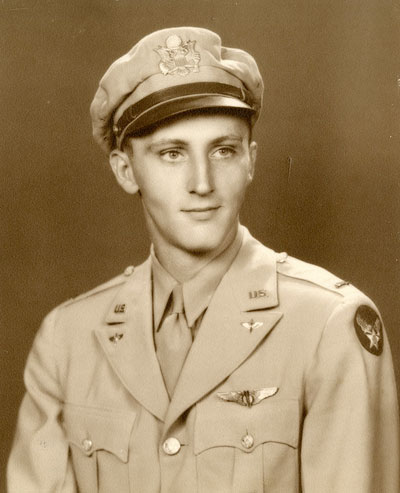 Charles William Vann (Vyhnanek) was born in November 12, 1916 in Berwyn, Illinois, and grew up in Chicago. He worked as a porter and stenographer for a railroad company in Chicago before enlisting in the U.S. Army in March 1942. He spent the next six months in Miami, Florida at the Miami Beach school as an Aviation Cadet.

From April to October 1945, Vann was stationed in Guam and served in the Asiatic-Pacific Theater. During his tour he served as a 1st Lieutenant on a B-29 Superfortress in the 29th Bomb Group of the 43rd Bomb Squadron with the 20th Air Force, and completed 28 missions with over 400 combat hours. He participated in the firebombing of Japan. Vann received the Air Medal Award, the Asiatic-Pacific Theater Ribbon, and the Award of the Distinguished-Flying Cross for his participation in a “daring daylight incendiary strike against the city of Yokahama.” Vann was promoted to Captain before being relieved of active duty and returning to Chicago. Upon his return to Chicago, Vann worked as a salesman for the lawn and garden business, and was part of the Army Air Force reserves. He was active in community organizations such as the Boy Scouts. Later in his life, Vann was active in the Bombardier Veterans organization.