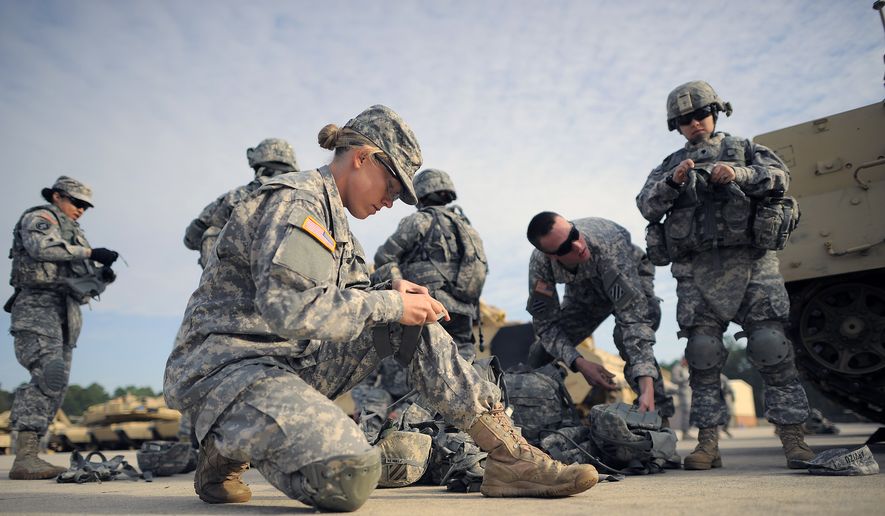 Women in the Military

This month, the Pritzker Military Museum & Library continues a 3-part blog series addressing issues of inclusion and diversity in America’s armed forces.  Our third author is Dr. Heather Stur, who discusses the role of women and the military.  This is the final post in this guest series.

On Christmas Eve, 1964, National Liberation Front guerrillas drove a car loaded with explosives into a parking lot behind the Brinks Hotel Bachelor Officers Quarters in central Saigon, South Vietnam. The blast killed two U.S. servicemen and wounded more than sixty American military personnel and Vietnamese civilians. Among the wounded were four Navy nurses who were injured while caring for U.S. servicemen hurt in the attack. On January 9, 1965, the nurses received Purple Heart awards for their service. We know that male U.S. servicemen earned Purple Hearts in Vietnam, but wounded female nurses aren’t part of the collective American memory of the war. But as the story of the Brinks nurses illustrates, American women did see combat in Vietnam, even in the air-conditioned jungle in Saigon.

Military necessity has brought women into the forces in various ways, beginning in the American Revolutionary War, when General George Washington requested civilian women to work as nurses in the Continental Army’s medical support teams so that men would be free to serve in battle as needed. During the U.S. Civil War, U.S. Secretary of War Simon Cameron appointed Dorothea Dix Superintendent of Female Nurses of the Union Army in order to create a civilian volunteer nurse corps.[1] Congress established the Army Nurse Corps in 1901, but personnel were not considered military and did not receive military benefits. World War II opened up opportunities for women because of the War Department’s need for personnel.

More than 16 million Americans served in the U.S. armed forces during World War II. In order to free up more men for combat, the armed services created non-combat women’s sections including the Women’s Army Corps (WAC) and the Navy’s Women Accepted for Volunteer Emergency Service (WAVES). The Women’s Airforce Service Pilots (WASP) was a civilian women’s aviation organization attached to the Army Air Forces founded in 1943 to free up male pilots for combat missions. Although women’s military opportunities remained limited, wartime needs allowed them into spaces that had previously been sealed off to them. Approximately 150,000 women served in the WAC in World War II, along with 100,000 WAVES, thirteen thousand in the Coast Guard’s women’s auxiliary, and the Marine Corps’ more than twenty thousand women reserves.[2]

In 1948, the same year that the racial integration of the military occurred, President Harry Truman signed into law the Women’s Armed Services Integration Act. The law made women permanent members of the armed forces, subject to military authority and entitled to veterans’ benefits such as the G.I. Bill. However, women would only be allowed to serve in gender-segregated auxiliaries like the Women’s Army Corps and could not exceed two percent of any branch’s total membership.[3]

During the Korean War, about 700 Army nurses, as well as six WACs and one WAC officer, served in-country with the U.S. military. Approximately 10,000 American women served with the U.S. armed forces in Vietnam. The majority were nurses, mostly from the Army Nurse Corps. Among those who were not nurses, about 700 women were members of the Women’s Army Corps, while much smaller numbers served in the Navy, Air Force, and Marines.[4]

The most significant changes for women in the military occurred after the Vietnam War, as the U.S. transitioned to an all-volunteer force. Without the draft, the armed forces launched recruitment campaigns targeting women in order to help fill the ranks. Recruitment brochures promised women access to education, job training, and advancement in a military career. The U.S. military academies began admitting women in 1976, and the Army dissolved the WAC in 1978 and integrated servicewomen into the regular army.[5] In the early 1990s, more than 40,000 American women served in the Persian Gulf War, and Congress authorized servicewomen to fly combat missions and serve on combat ships. More than 300,000 American women have served in the 21st century wars in Iraq and Afghanistan. At least twelve women have graduated from the Army’s elite Ranger School since the Defense Department opened combat specialties to women in 2016.[6] 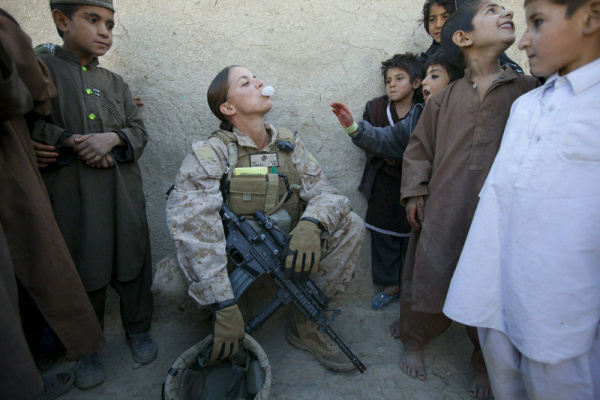 The expansion of military opportunities for women were mission critical in the Middle East. Army and Marine Corps female engagement teams (FETs) built relationships with locals and gathered intelligence in Afghanistan, where cultural norms prohibit women from interacting with men who are not family members. FET personnel met Afghan women in their homes, talked with them about their needs, and gathered information about their communities. Although not classified as combat positions, FETs were attached to infantry units, underwent combat training, and carried M-4 rifles.

During the U.S. Civil War, women such as Frances Clayton and Loreta Velazquez disguised themselves as men in order to serve in both Union and Confederate army units. In 2008, U.S. Army General Ann Dunwoody became the first American woman to earn the four-star rank. Over time, personnel needs from filling the ranks in World War II to meeting cultural expectations in Afghanistan have forced U.S. military leaders to make pragmatic decisions that opened more roles to women. Yet acceptance of women as soldiers has not come easy, and opposition to their presence in the military has sometimes turned violent. As more woman rise up the ranks of the armed services, their visibility will normalize the idea that soldiers are women as well as men.

Heather Marie Stur, Ph.D. is the Moorman Distinguished Alumni Professor of the Humanities at the University of Southern Mississippi. She is also co-director of USM’s Dale Center for the Study of War & Society. Stur is the author of numerous books and articles including, most recently, Saigon at War: South Vietnam and the Global Sixties (Cambridge 2020). She is currently writing a book about General Buford Blount and the 3rd Infantry Division in Operation Iraqi Freedom.

[1] Stanley B. Burns, “Nursing in the Civil War,” PBS.org, 2018, http://www.pbs.org/mercy-street/uncover-history/behind-lens/nursing-civ…

[4] Another 500 women served in the Air Force during the Vietnam War, but most of them were stationed in the Pacific and other parts of Southeast Asia, not in Vietnam.  Fewer than 30 women Marines served in Vietnam.  In addition to nurses, nine women Navy officers served tours of duty in Vietnam.  See Kathryn Marshall, In the Combat Zone: An Oral History of American Women in Vietnam (Boston: Little, Brown and Co., 1987), 4; Ron Steinman, Women in Vietnam (New York: TV Books, 2000), 18-20; Susan H. Godson, Serving Proudly: A History of Women in the U.S. Navy (Annapolis, MD: Naval Institute Press, 2001), 213; Col. Mary V. Stremlow, A History of the Women Marines, 1946-1977 (Washington, DC: History and Museums Division Headquarters, U.S. Marine Corps, 1986), 87.