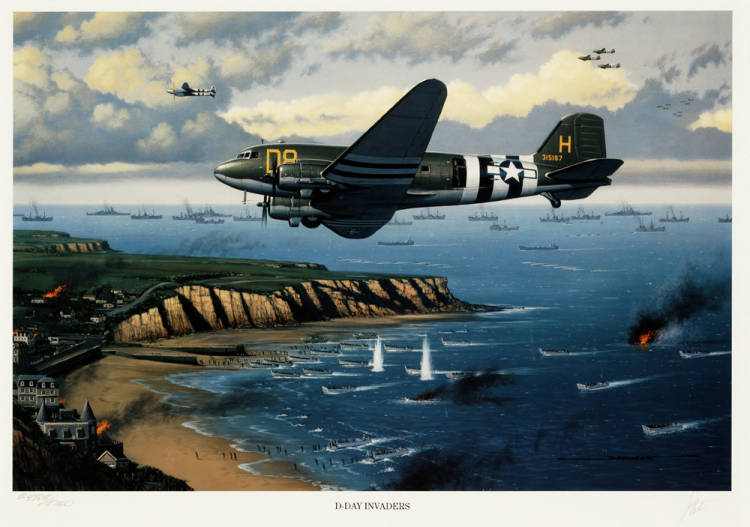 In Honor of D-Day

D-Day — June 6, 1944 — witnessed the largest seaborne invasion in military history. Allied soldiers representing Britain, Canada, the United States, and the Free French made a surprise landing on the shores of Northern France. Over 160,000 Allied troops landed along a 50-mile stretch of heavily-fortified French coastline ready to fight Nazi Germany as the world waited with anticipation to learn the outcome.

General Dwight D. Eisenhower called the operation a crusade in which “we will accept nothing less than full victory.” Operation Overlord — and Operation Neptune as the amphibious assault was codenamed — proved to be a vital turning point in World War II as Allied forces pushed the Germans off the Atlantic coast and began the march to Germany. By the end of the day, nearly 175,000 Allied soldiers had either parachuted into France or landed on one of five beaches along the Normandy coast. More than 5,000 ships and 13,000 aircraft supported the D-Day invasion. Costs were also high. More than 9,000 Allied Soldiers were killed or wounded; however more than 100,000 Soldiers began the march across Europe to defeat Hitler. 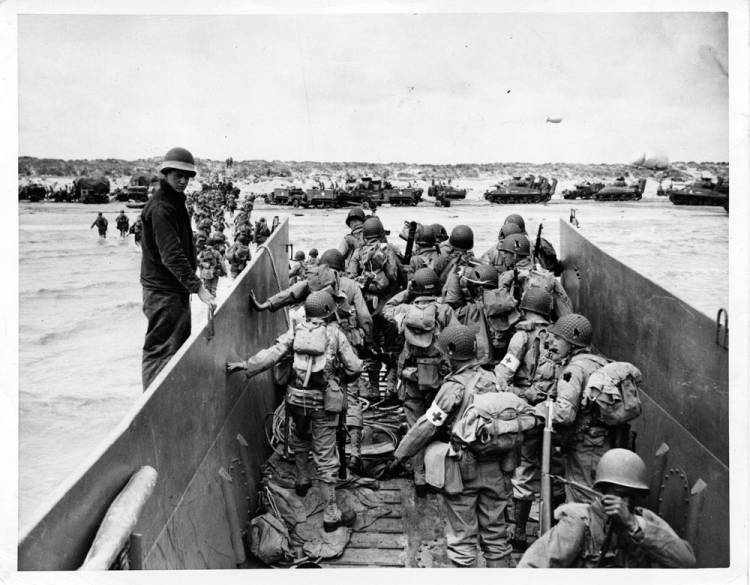 Through days and days of bitter fighting, Operation Overlord ultimately succeeded in its objective to drive the Wehrmacht — the German armed forces — out of France. However, the story of D-Day goes well beyond the events of that single day in history. D-Day proved to be the beginning of the final phase of the war in Europe. Our past exhibition, D-Day +75, highlights a small piece of this great story as we remember the battle seventy-eight years later.

David Abrutat, Vanguard: The True Stories of the Reconnaissance and Intelligence Missions behind D-Day

D-Day: The Battle for Normandy.

For a bibliography of works on D-Day, please reach out to the librarians at reference@pritzkermilitary.org.