The Cold War was a period of political and military tension between the Union of Soviet Socialist Republics (USSR) and the United States of America. From the end of World War II in 1945 until the collapse of the USSR in 1991, these superpowers and their respective allies stood toe to toe in a nuclear weapon standoff. This period was noteably marked by the Cuban Missile Crisis and various incidents involving computer glitches, lost aircraft, and impulsive military commanders. Under the constant threat of mutually assured destruction, each side was reluctant to initiate a global thermonuclear war.

During World War II, the United States and the Soviet Union were uneasy allies, sharing in the goal of defeating Adolf Hitler and the Third Reich. Once this monumental task was achieved, however, their differences resurfaced amid the restructuring of Europe and the decision to install a new economy based on either capitalism or communism.

The German capital of Berlin was soon divided in half, from north to south, with the Soviets controlling the eastern half and the United States, France and Britain splitting the west. With vast differences on each side in terms of governance and quality of life, this divide was many times the scene of fleeing, rioting, and disarray, resulting in rising tensions and the construction of the infamous Berlin Wall in 1961.

Both nations had their own multi-national collective defense organizations. The Soviet element, commonly referred to as the Eastern Bloc, was organized under the Warsaw Pact. This consisted of Albania, Bulgaria, Czechoslovakia, East Germany, Hungary, Poland, Romania, and Yugoslavia. The American element, the Western Bloc, was organized under the North Atlantic Treaty Organization (NATO) and was comprised of Belgium, Canada, Denmark, France, West Germany, Greece, Italy, Luxembourg, Netherlands, Norway, Portugal, Spain, Turkey and the United Kingdom.

Nuclear warfare on a strategic level by this time had become a fear for both superpowers and the arms race had begun. Nuclear weapons were developed at an alarming rate and it was during this time that the nuclear triad was born.

Three weapons delivery systems ensured that there was always a contingency plan in the event of sneak attacks that hindered retaliatory capability or high level decision making. Bombers (high altitude early on, low altitude later due to advanced air defenses) would carry high yield hydrogen bombs and could either be on airborne alert status, where they remained in flight at fail-safe points with the assistance of refuelers, or on ground alert, awaiting the alarm to scramble and proceed to targets.

Missile silos (or typically mobile missile launchers for the Soviets) made of extremely explosive resistant reinforced concrete would house and launch Inter-Continental Ballistic Missiles, or ICBM’s, that could be tasked to strike specific strategic targets. The Titan II ballistic missile (the largest in the American arsenal) had a range of 5,000 nautical miles, making it capable of hitting any target in the Soviet Union and Eastern Europe.

The third delivery system was the most mobile, most undetectable, and shrouded in the most secrecy: the submarine. Nuclear powered submarines, or “Boomers”, such as the American Ohio-class, could carry twenty-four Submarine Launched Ballistic Missiles, or SLBM’s. Each of these SLBM's had a maximum range of 6,500 nautical miles and were undetecable.

Every aspect of the triad was subject to possible espionage, as were the emergency evacuation procedures of political officials and contingency plans. Intelligence gathering also became crucial, particularly in the form of high altitude reconnaissance  done by aircraft like the SR-71 and the U-2. This air intelligence was aided by satellite imagery that could be used for launch detections and monitoring enemy activity.

Proxy wars in areas such as Vietnam, Afghanistan, Korea, and Angola were also iconic of the Cold War. Many historians dispute the actual date the Cold War ended, but it is generally considered to have been somewhere from the fall of the Berlin Wall in late 1989 to the dissolution of the Soviet Union in late 1991. 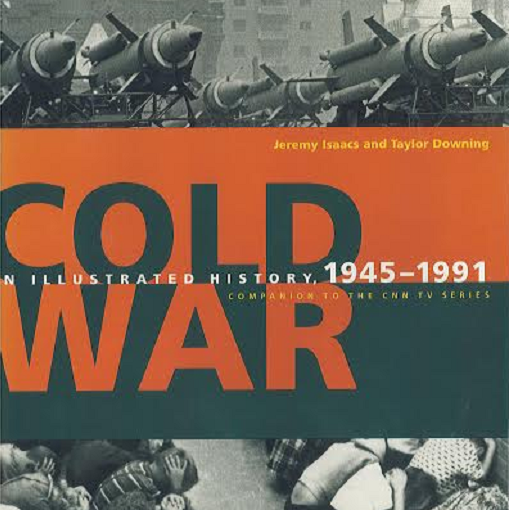