The War in Afghanistan began on October 7, 2001 and was an American led military action against Afghanistan. The war was a response to the terrorist attacks on September 11, 2001 carried out by the international terrorist network, Al Qaeda. Afghanistan’s Taliban led regime refused to give up the leader of their network, Osama bin Laden.

On October 7 the US assisted by Great Britain, began the military offensive “Operation Enduring Freedom”.

As of 2002 Afghanistan got an interim president, Hamid Karzai, but the Taliban continued to sustain instability by waging guerilla warfare along the Pakistani border. Karzai won the elections held in 2004 after a constitution was ratified and Afghanistan had become an Islamic state with a strong presidency. Although American forces held a heavy presence in the country, the insurgency of the Taliban proved difficult to counter and U.S. troops ceded most of the Afghan countryside to the Islamic group. The group’s activity on both sides of the Afghan-Pakistani border increased instability and made the situation in Afghanistan on the top of the list of Western foreign policy concerns. New strategic methods of counterinsurgency were in high demand, needed to create a lasting peace in Afghanistan, to keep it from becoming a failed state.
Osama bin Laden was captured and killed on May 2nd, 2011 in his compound in Pakistan by the American NAVY Seals. The operation was considered a success by the U.S. and its Western allies, but also criticized by groups like Amnesty International for its inhumane character. The death of Osama bin Laden did however highlight Al Qaeda’s challenges, and it was considered by many to be the fall of Al Qaeda.
The war which is still ongoing is often called America’s longest war. During the NATO summit in Chicago in May 2012, an exit strategy was created by the leader of the NATO-member countries. Earlier that month the U.S. committed to staying until the end of 2014. 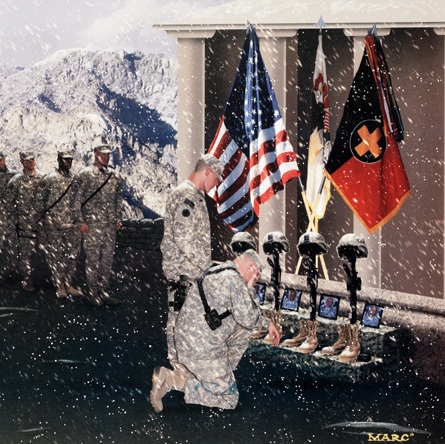