After suffering heavily casualties in the Hürtgen Forest, the 28th Infantry Division was moved to the relatively quiet sector near Bastogne to recuperate. When the German 5th Panzer Army attacked on December 16, the fatigued but experienced men of the 28th put up a stubborn defense along the Our and Clerf rivers, delaying the German advance by several days. After holding out at Wiltz, a town several miles east of Bastogne, soldiers of the 28th split into small teams to retreat and regroup at Bastogne. The actions of the 28th division gave the 101st Airborne Division time to reach Bastogne. 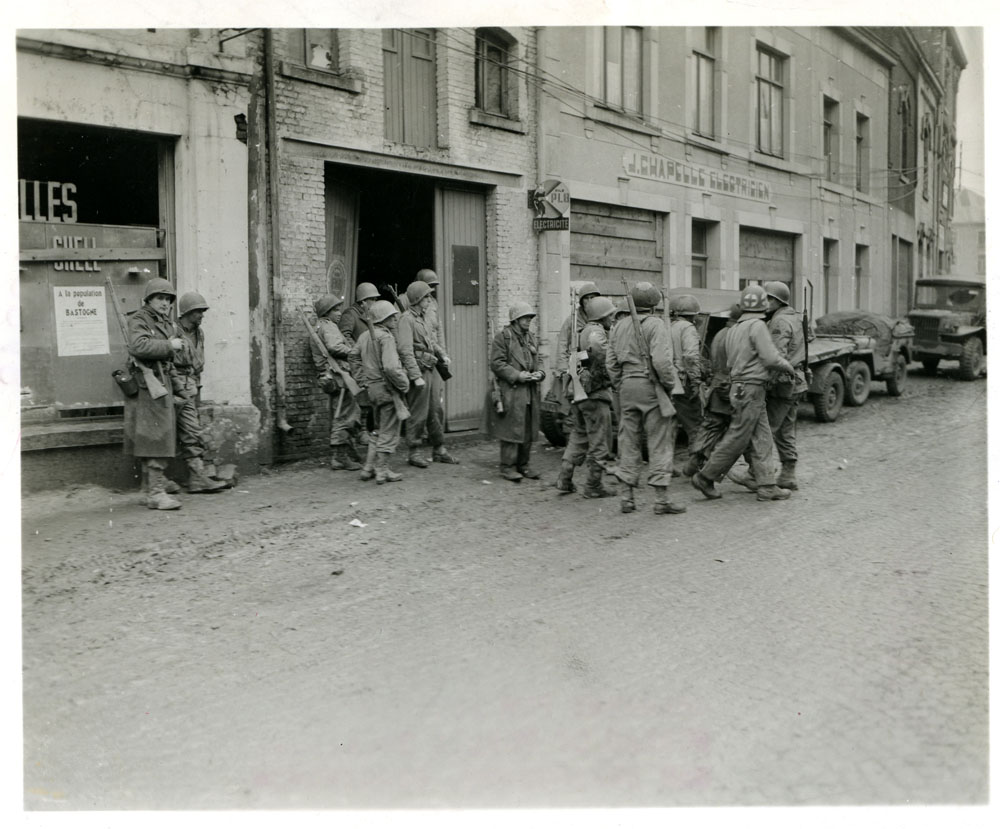 Troops from the 28th Infantry Division regroup in Bastogne. 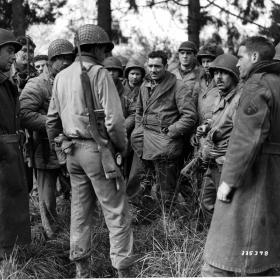 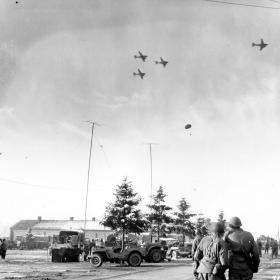