Allied leaders met in Potsdam, Germany in June 1945 to discuss how the Allies would administer  Europe in the wake of the Nazi surrender, while also crafting a formal ultimatum of surrender to the Japanese. Forwarded to the Japanese on July 26, the ultimatum was met with silence which the Allies interpreted as non-acceptance. In response, the first atomic bomb was dropped on Hiroshima on August 6, 1945 followed by the dropping of a second bomb over the city of Nagasaki three days later. Despite the reluctance of a small cadre within the government, the second bomb convinced most Japanese leaders that the war was lost and on August 15, Emperor Hirohito announced their surrender. The United States began the occupation of Japan at the end of August, with the Japanese formally surrendering aboard USS Missouri in Tokyo harbor on September 2, 1945. 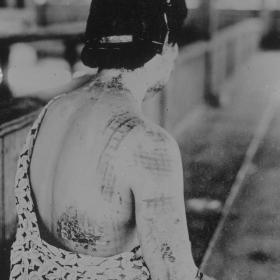 Effects of the Atomic Bomb Memorial 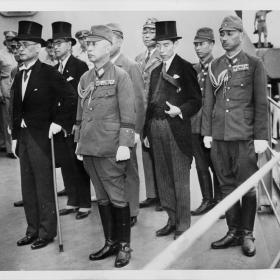