This photograph features Lt. Bernard “Bud” Stapleton raising an American flag over the Nippon News building in downtown Tokyo. A Signal Corps officer, Stapleton and another officer were two of the first Americans to enter downtown Tokyo following the official surrender and decided to replace one of the many Japanese flags with an American flag. 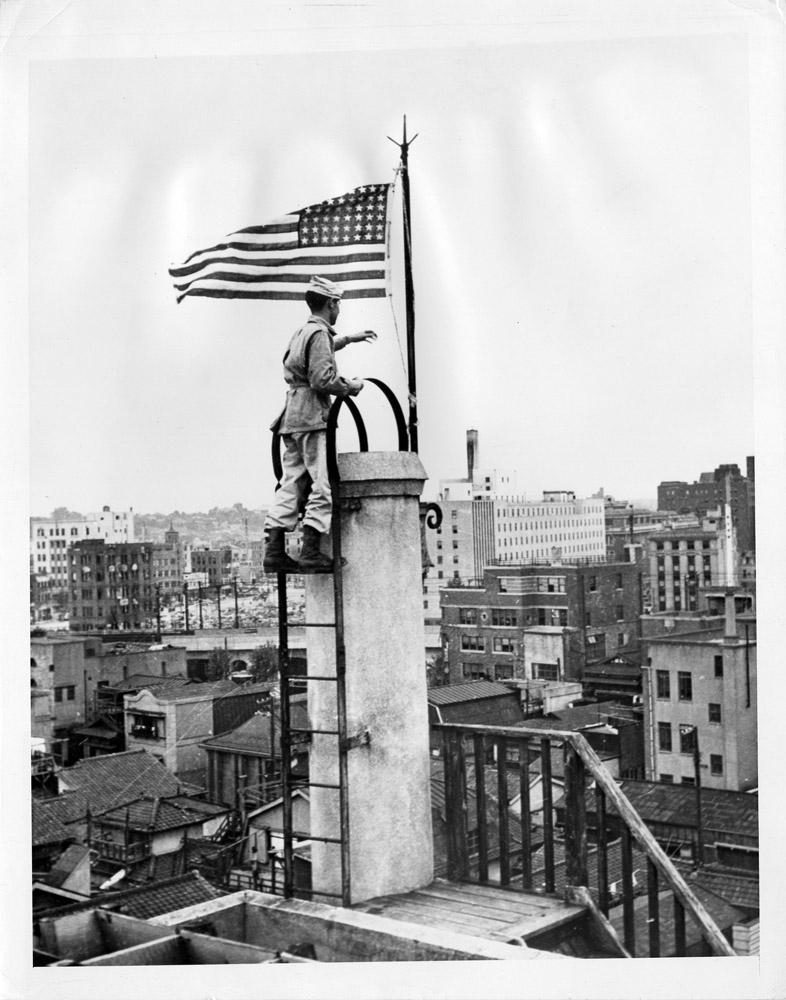