The aerial bombardment of Japan was devastating to the Japanese mainland. By burning homes, businesses, and hospitals it impacted every facet of everyday life for the Japanese; where they slept, ate, worked, and acquired clothing and medicine. As the second largest city in Japan, Osaka was an important industrial center, producing large quantities of steel and other heavy metal enterprises for the war effort. It was bombed more than a dozen times over the course of 1945. When the bombing campaign ended with the surrender of the Japanese government on August 15th, more than 300,000 civilians had perished from incendiary bombing alone. 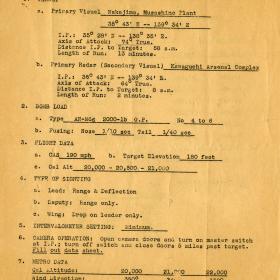