Allied forces had made significant progress against Japanese forces in the Pacific by 1944 and were poised to strike Japanese strongholds throughout the region, with the final objective of invading Japan. Led by General Douglas MacArthur and Admiral Chester Nimitz, U.S. forces began a two-pronged approach, with Nimitz’s forces seizing Japanese positions in the central Pacific, while forces under MacArthur advanced on the Philippines. The American push through the Pacific focused on taking strategic positions that would provide Allied forces with positions from which to attack the Japanese mainland first by air, followed by a planned invasion of the Islands themselves. The Japanese surrender of August 15th made the planned invasion unnecessary, however U.S. forces would occupy Japan for the next seven years ensuring Japanese compliance with the terms of the surrender while assisting with rebuilding efforts. 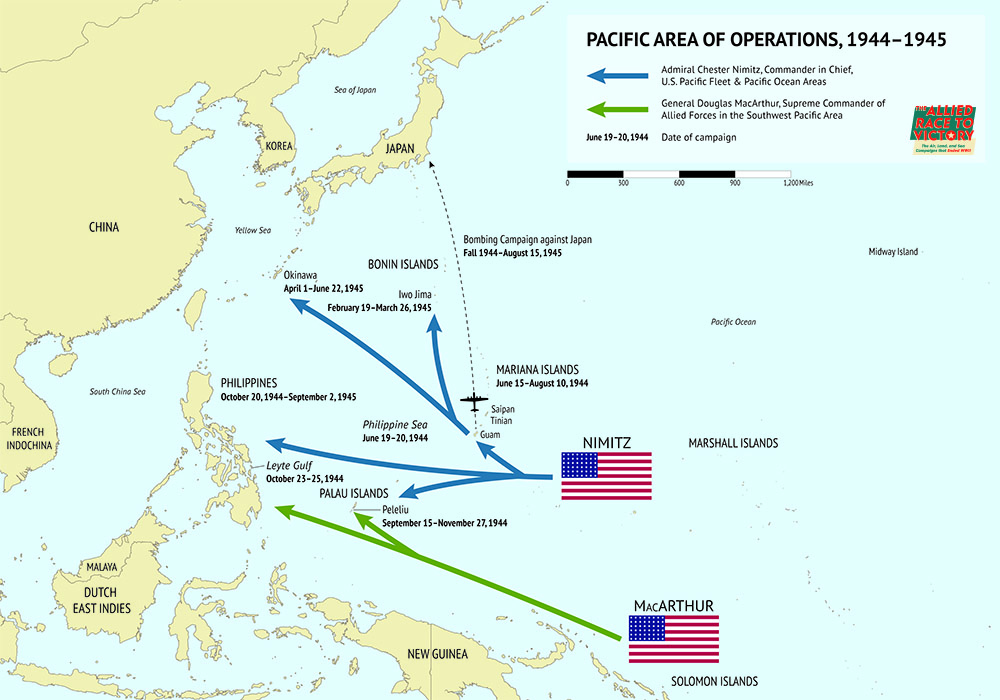 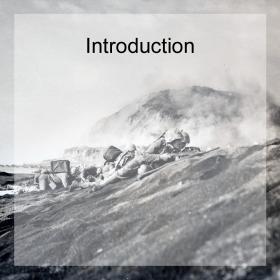 The Allied Race to Victory Memorial 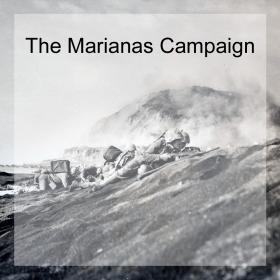