After defeating the German army at the Battle of the Bulge, American forces continued their push east into Germany, crossing the Rhine River in mid-March. Within days, seven American divisions were in Germany making the final push to end the war. As they fought the retreating German army into the crumbling Reich, American forces also began to encounter the remnants and survivors of the Nazi’s brutal concentration camp system. One of the first camps to be liberated by American forces was Ohrdruf, a subcamp of the larger Buchenwald, discovered in central Germany on April 4, 1945 by the Fourth Armored Division. Days after its liberation, Generals Eisenhower, Patton, and Bradley visited the camp to observe the atrocities committed by the Nazis, and in the words of General Eisenhower, “to be in a position to give first-hand evidence of these things if ever, in the future, there develops a tendency to charge these allegations merely to ‘propaganda.’”

The Allies continued to uncover the ghastly remains of the Nazi’s brutality over the next several weeks, with the American Third Armored Division discovering the Dora-Mittelbau camp at Nordhausen on April 11. That same day the Sixth Armored Division entered Buchenwald, followed a few days later by the discovery of Bergen-Belsen by British troops. On April 29, the 42nd and 45th Infantry Divisions discovered nearly 32,000 prisoners at Dachau. The discovery of these camps freed millions of survivors from death at the hands of the Schutzstaffel (SS) that ran the camps and carried out the Nazi’s Final Solution against the Jewish people. It also exposed the inhumanity of Nazi racial ideology that accounted for the murder of 17 million people throughout Europe, 6 million of which were of Jewish descent.

The Allied push into Germany also brought about the defeat of the German army and their surrender on May 7, 1945. But with the fighting over, the task of administering and caring for millions of survivors and displaced persons, as well as the defeated German people, was not something that the Allies had anticipated. All told roughly 11 million people were set free by the destruction of Nazi Germany, including POWs, forced laborers, political prisoners, and the survivors of the Holocaust. The liberating armies, having fought and defeated the German army, were now tasked with sorting through the mass of people ripped from their homes and scattered throughout the former Reich. The liberation of the concentration camps was, therefore, only the beginning of a long process of bringing about a resolution to more than a decade of violence and upheaval. 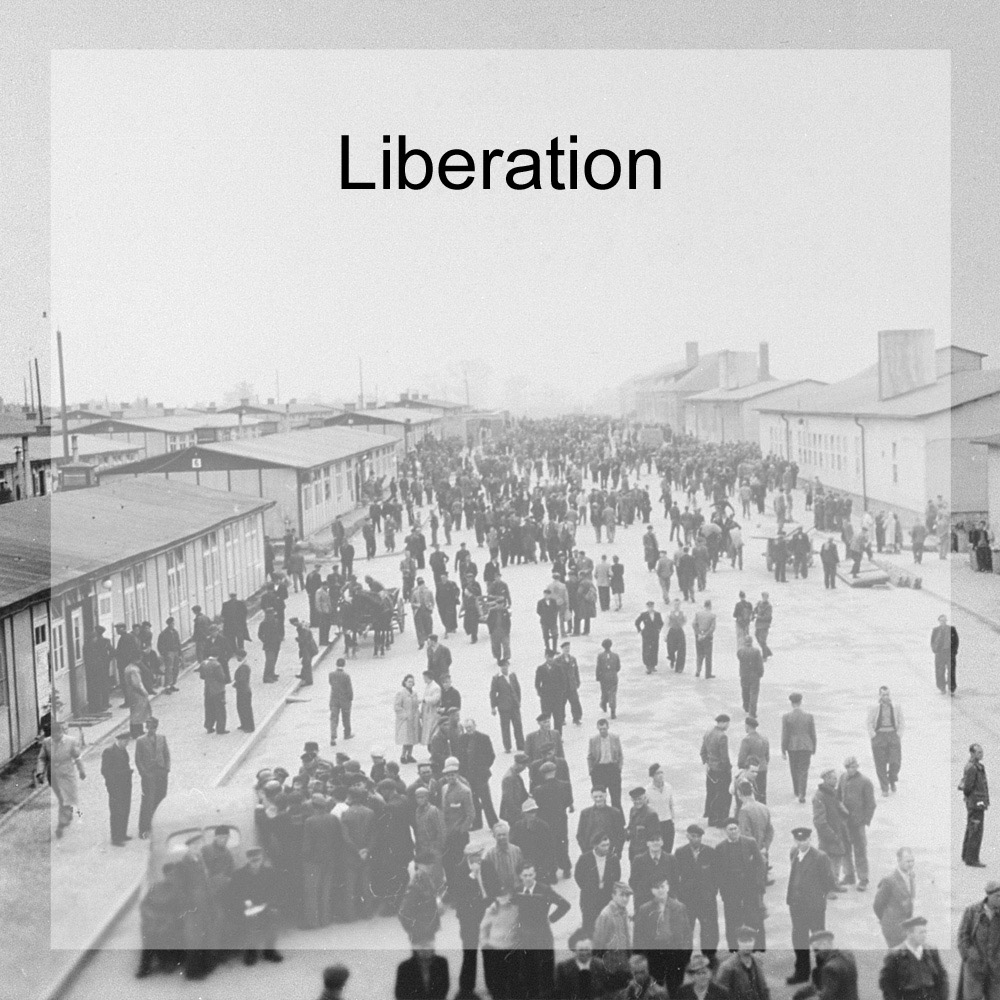 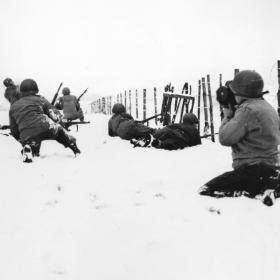 American Patrol on the Outskirts of Beffe, Belgium Memorial 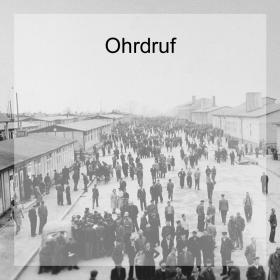