Upon landing on Saipan, Marines were met with sustained enemy fire from Japanese forces that used an intimate knowledge of the volcanic terrain and cave systems of the island to their advantage. U.S. troops were forced to close the distance under intense fire in order to clear caves and other defensive positions with grenades and flamethrowers. Though they were unsuccessful in their efforts to halt the American invasion, the Japanese were able to inflict high numbers of casualties on U.S. forces over the course of the month-long battle. 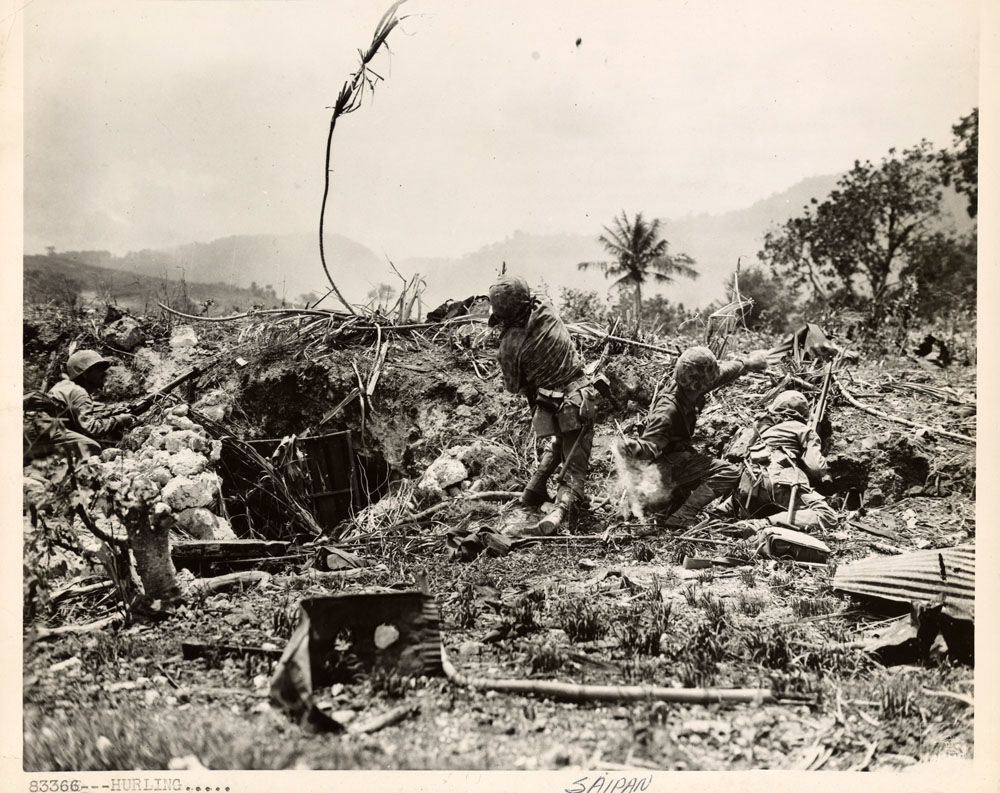 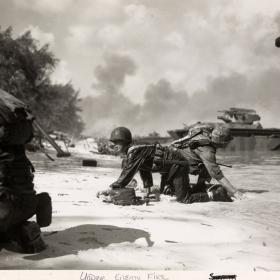 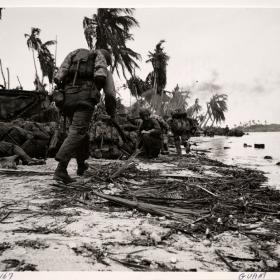