Prior to the arrival of U.S. troops on Guam, the Japanese constructed pillboxes within the monotonous landscape of the island. As on Saipan, flamethrowers were used to devastating effect on these pillboxes and other defensive positions. While attacks on the beaches set the U.S. 1st Provisional Marine Brigade back in their efforts to take Apra Harbor, they were eventually able to move inland and capture the island. 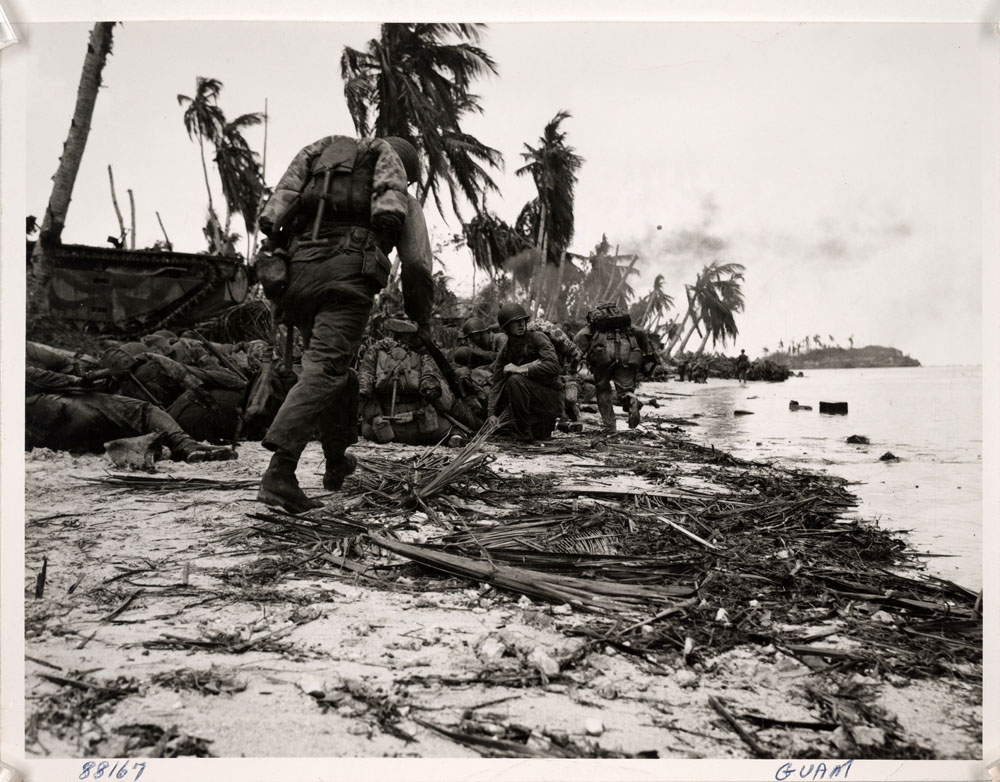 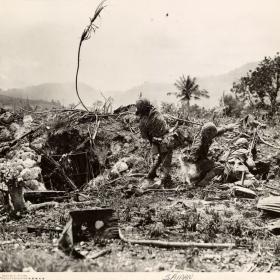 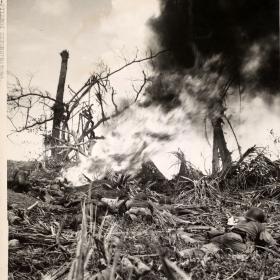