Once the capital of the island had been claimed by U.S. forces, General MacArthur announced the restoration of a civil government to Leyte Island on October 23. Despite MacArthur’s proclamation, many Japanese troops remained well entrenched inland, ready to defend their claim of the island. Despite being considered cleared by December, combat continued until March of 1945, with heavy losses to the Japanese forces. 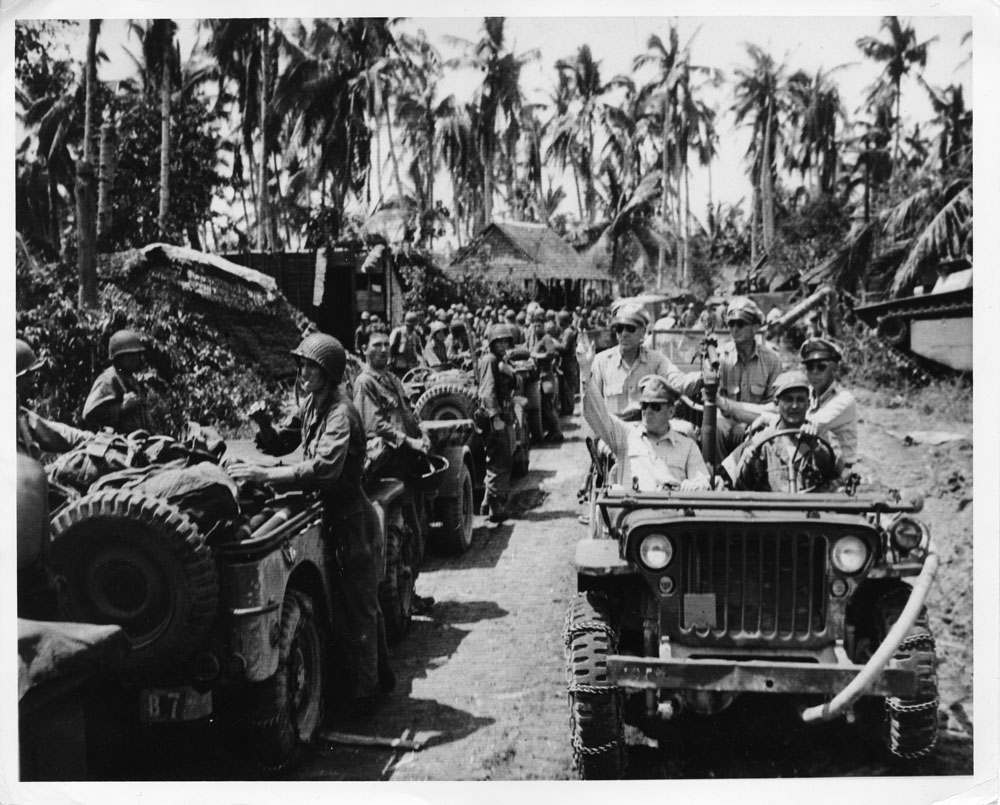 General MacArthur in a line of jeeps with soldiers. 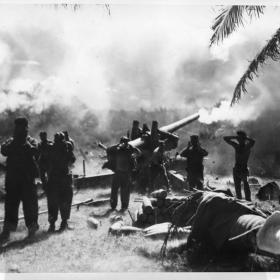 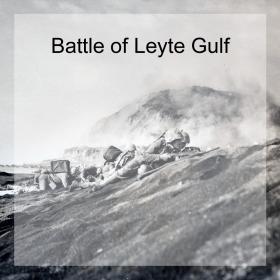