Medics treat American POW Alvin Abrams, of the 28th Infantry Division, who survived a death march before being liberated by soldiers of the 90th Infantry Division. Private Abrams and other members of his division were taken prisoner during the Battle of the Bulge and subjected to a death march by the Nazis, before being freed by their fellow soldiers. 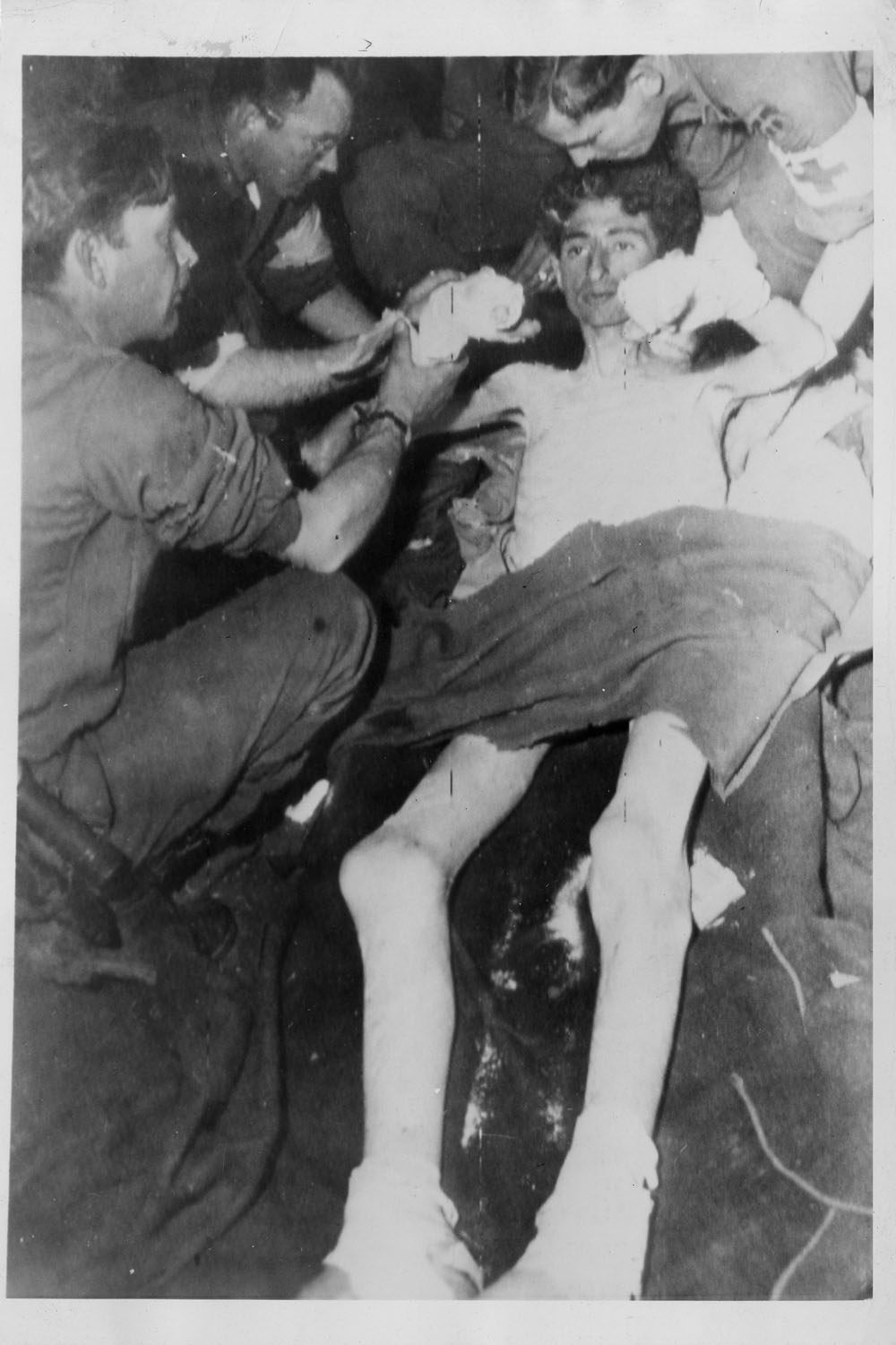 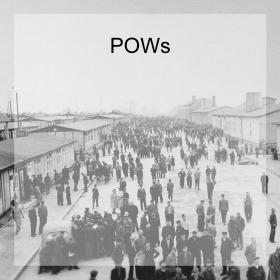 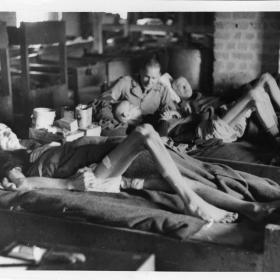