Following the months long bombing campaign against the mainland, and with a Japanese rejection of unconditional surrender, on August 6, 1945 Colonel Paul Tibbets flew the Enola Gay over the city of Hiroshima, dropping the first atomic bomb at 8:15am. Exploding 2000 feet above ground, the bomb destroyed about 4.7 square miles of the city, killing more than 70,000 people. Warning Japanese leaders that they would face a “rain of ruin from the air” if they did not surrender, President Truman subsequently ordered the use of a second atomic bomb when there was no response from the Japanese leadership. The second bomb was dropped over Nagasaki on the August 9, 1945 by Bockscar, piloted by Major Charles Sweeney. Having tried to play down the destruction caused by the first bomb, Japanese leaders were now left with 1.45 square miles of Nagasaki destroyed and another 13,000 dead. While less destructive than the first bomb, the attack on Nagasaki was the third deadliest attack on Japan, and by the afternoon Japanese leaders were making final preparations to accept the provisions of the Potsdam Declaration, and surrender. With peace seemingly near, American air forces were ordered to pause all bombings, though a final bombing mission was executed on the evening of August 14 when the American government still had not received an answer. By the afternoon of August 15, Japan had accepted unconditional surrender. 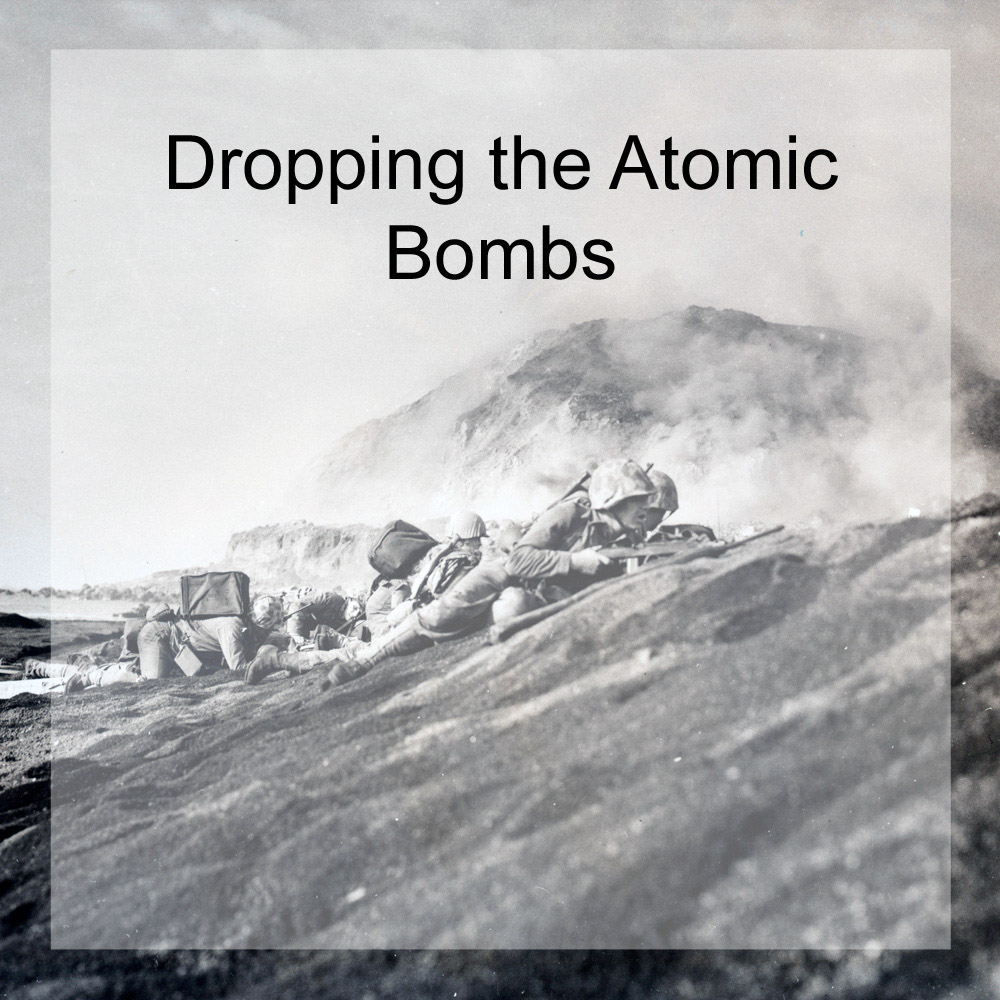 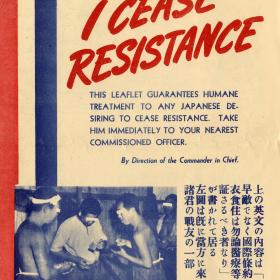 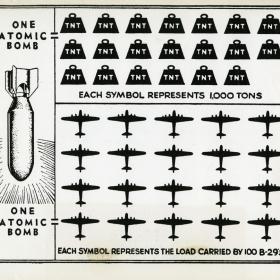 Pictogram Showing the Relative Power or the Atomic Bomb Memorial