As the 3rd Armored Division entered Dora-Mittelbau, American forces to the south were simultaneously entering Buchenwald. One of the largest concentration camps in Germany, Buchenwald was established to incarcerate political prisoners, and following Kristallnacht when Jewish businesses, synagogues, and homes were attacked, Jews came to represent a large portion of the population as well. The camp was an important source of forced labor for the Nazis, with the population of the camp reaching a height of 112,000 in February 1945.

As American forces made their way towards Buchenwald in April the SS guards forced more than 28,000 prisoners to leave the camp, nearly a third of whom would be killed along the march or perish from exhaustion. Those who were left behind knew that the Allied entry into the camp was imminent, and on the morning of April 11 organized and stormed the guard towers, seizing control of the camp from the remaining guards. Later that afternoon the 6th Armored Division entered the camp, encountering nearly 21,000 prisoners left behind by the Nazis. 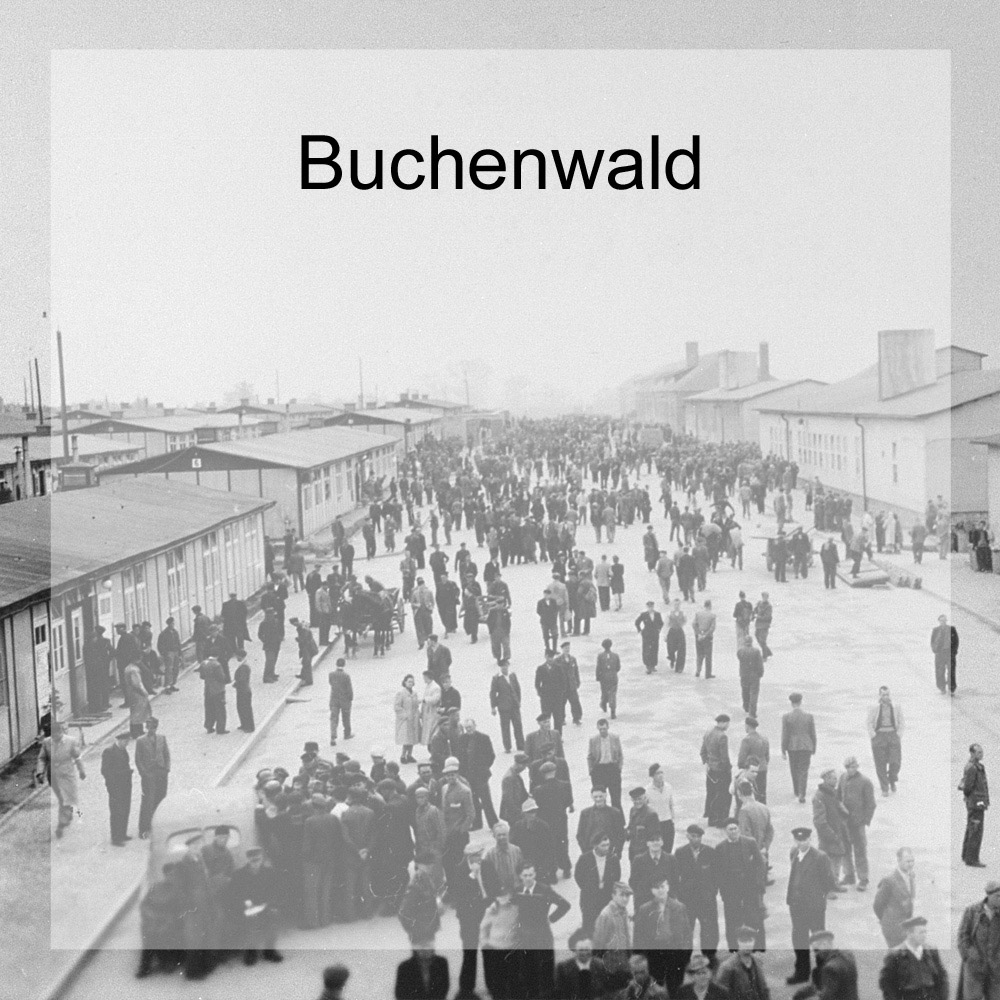 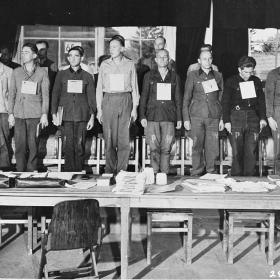 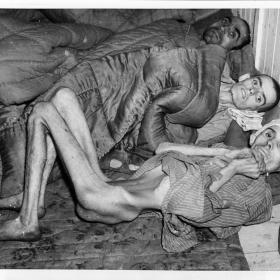 “They Will Know Food Again” Memorial