With the successful capture of the Mariana Islands the 21st Bomber Command established itself on the Island of Guam, beginning the bombing campaign against mainland Japan during the fall of 1944. The map identifies each of the bombardment wings of the 21st Bomber Command, along with eleven of the 67 cities targeted by American bombers during the war. All locations were targets of B-29 bombardier Lt. Charles Vyhnanek, assigned to the 314th Bombardment Wing. 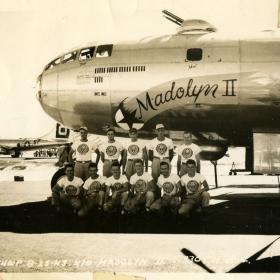