Battle of the Philippine Sea

This graphic illustrates the severe losses that Japanese forces suffered during the Battle of the Philippine Sea. Leading up to and during the 2-day battle Japanese forces lost 476 aircraft, 13 submarines, 5 destroyers, 2 oil tankers, and 3 aircraft carriers. The U.S. Navy suffered the loss of 130 aircraft, however while the fleet was damaged no naval vessels were sunk by Japanese attacks. 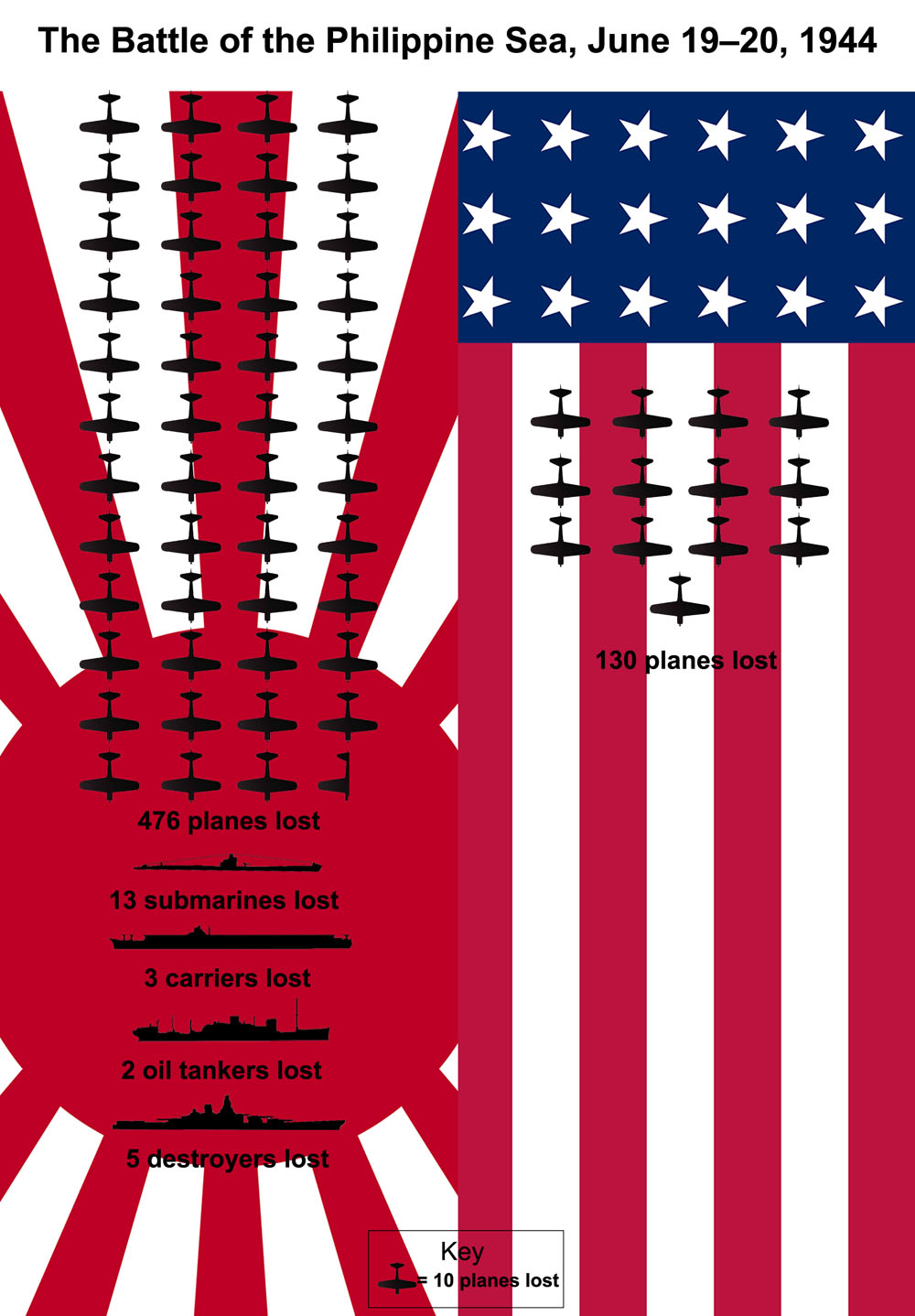 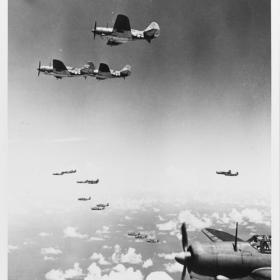 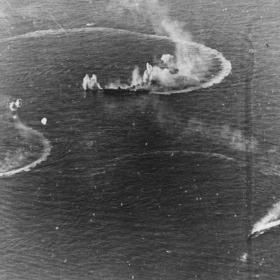