The last major land battle of World War II began as U.S. forces came ashore at Okinawa on April 1, 1945. Under the command of Admiral Nimitz, Operation Iceberg commenced as a combined force of Army, Navy, and Marine Corps units began their assault on the shores of Okinawa. Expecting to be greeted with an aggressive attack by the Japanese, the landing forces arrived to almost no resistance, unaware that the enemy had established defensive positions within the mountainous terrain of the island. Anticipating the impending land battle, the remaining Japanese air and naval forces began an all-out offensive to impede the naval fleet offshore. Kamikaze attacks began in the days leading up to the raids and continued after the invasion began, ultimately sinking twenty American naval vessels and damaging numerous others.

After overtaking both the Kadena and Yomitan airfields during their initial assault, U.S. troops continued towards the Japanese-held positions at the southern end of the island. At Kakazu Ridge American soldiers faced off against a well defended force, as the ridge was a key geographical defense to Naha, the home of Shuri Castle and the headquarters of the Imperial Japanese Army. While not able to halt the American advance, the Japanese troops were able to inflict severe casualties and stall their pursuit of the defensive ridge.

Following the destruction of the castle and in the face of the American advance, many Japanese soldiers, including commanders Admiral Minoru Ōta and Generals Ushijima and Cho, committed ritual suicide to avoid capture and the death they assumed followed. The death toll of the Battle of Okinawa was unprecedented. American forces suffered approximately 14,000 killed, while the Japanese lost 77,000, with more than 150,000 Okinawan civilians killed over the course of the battle.
. 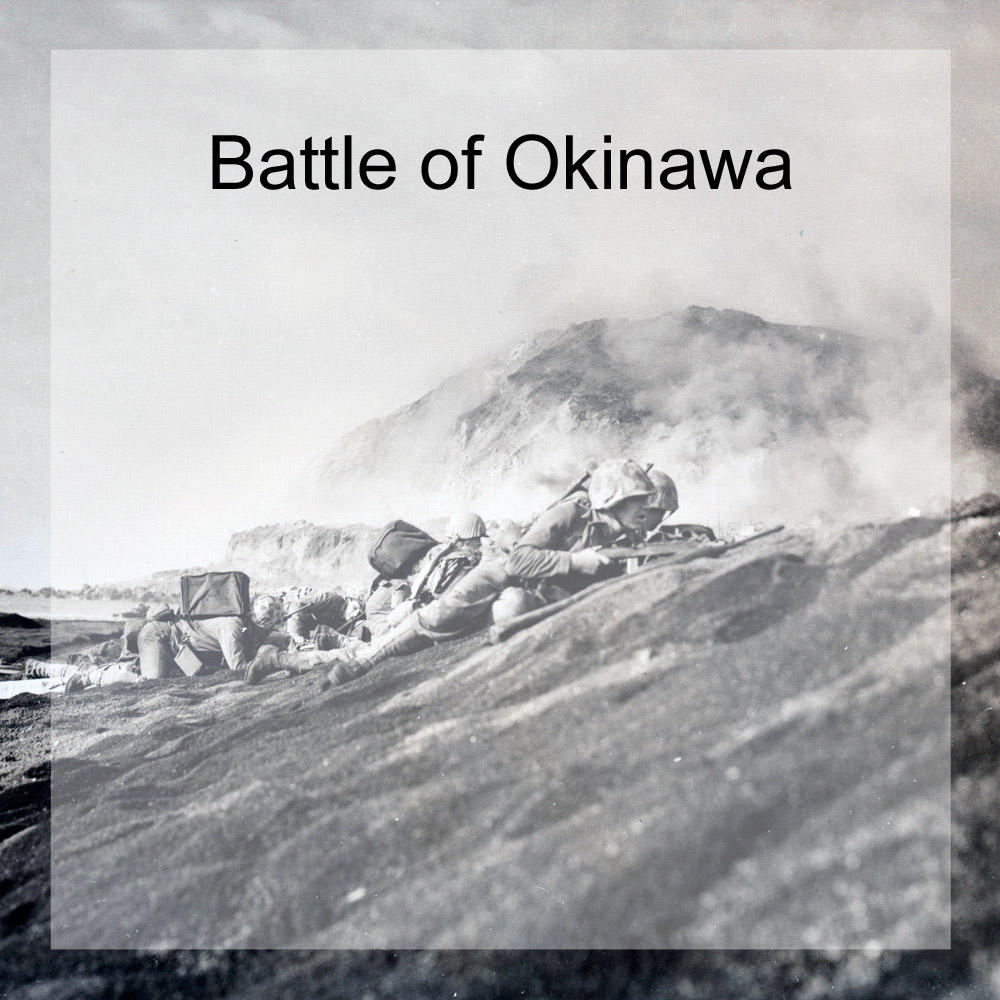 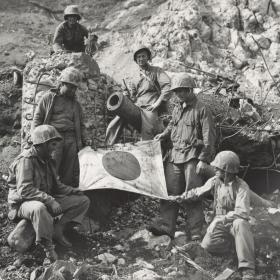 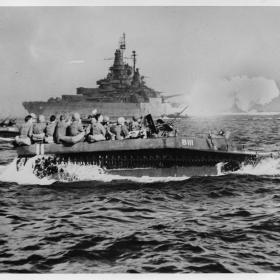