These maps show the front line just prior to the German offensive, and the point at which the German army  surrounds the city of Bastogne. The northernmost section of the map shows the buildup of forces in an area where the Allies had breached the West Wall. To the south, Allied forces are spread incredibly thin with an 80 mile section occupied by just three Infantry divisions. The German offensive against this vulnerable area would ultimately form the namesake bulge in the line, as seen in the second image. The Germans were able to maneuver around the town of Bastogne, surrounding it and cutting off its defenders—the 101st Airborne, the 939th Artillery Battalion, and elements of the 10th Armored Division. South of Bastogne, General George S. Patton’s 4th Armored Division and the 26th Infantry Division are poised to break the siege by punching through the German line, creating a corridor to Bastogne.

Courtesy of Library of Congress 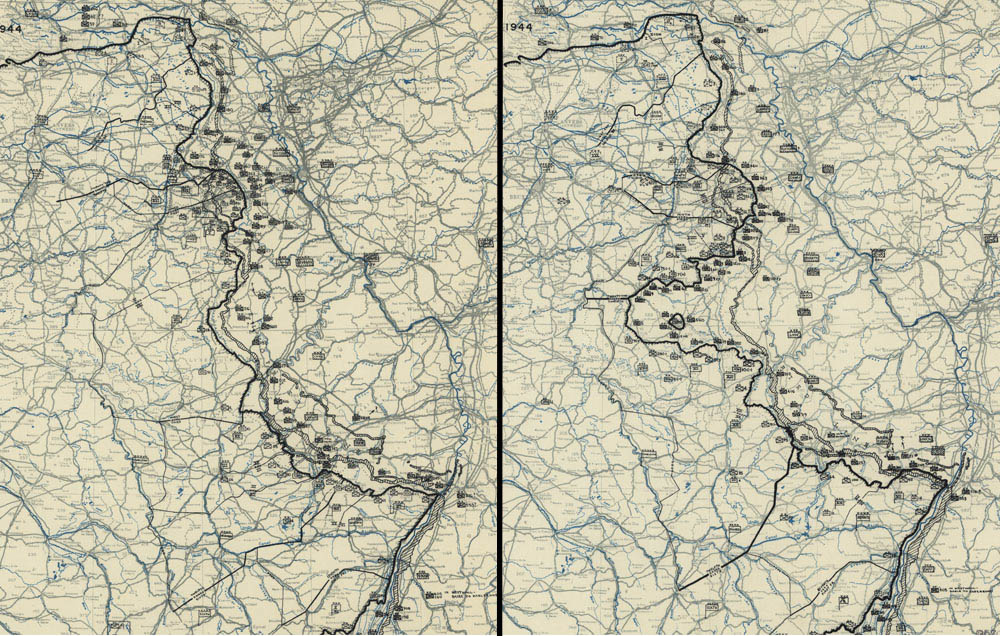 Map showing the front line prior to the German offensive during the Battle of the Bulge. 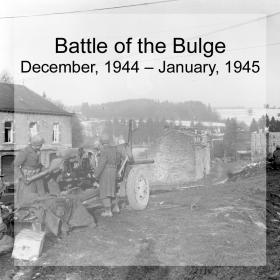 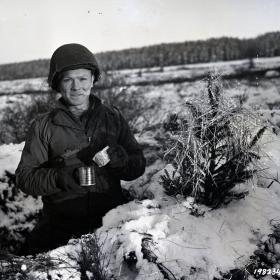 SSgt John F. O’Brien in a Foxhole in the Monschau Area of Germany Memorial