The headquarters of the Japanese Imperial Army was located at Shuri Castle at the center of the city of Naha, Okinawa. Upon arrival, Marines of the 1st Marine Division began an offensive to overtake the castle and its surrounding barracks. After a severe land attack along with intense naval fire from USS Mississippi, the castle was eventually surrendered to U.S. forces, signaling the defeat of the Japanese on Okinawa. 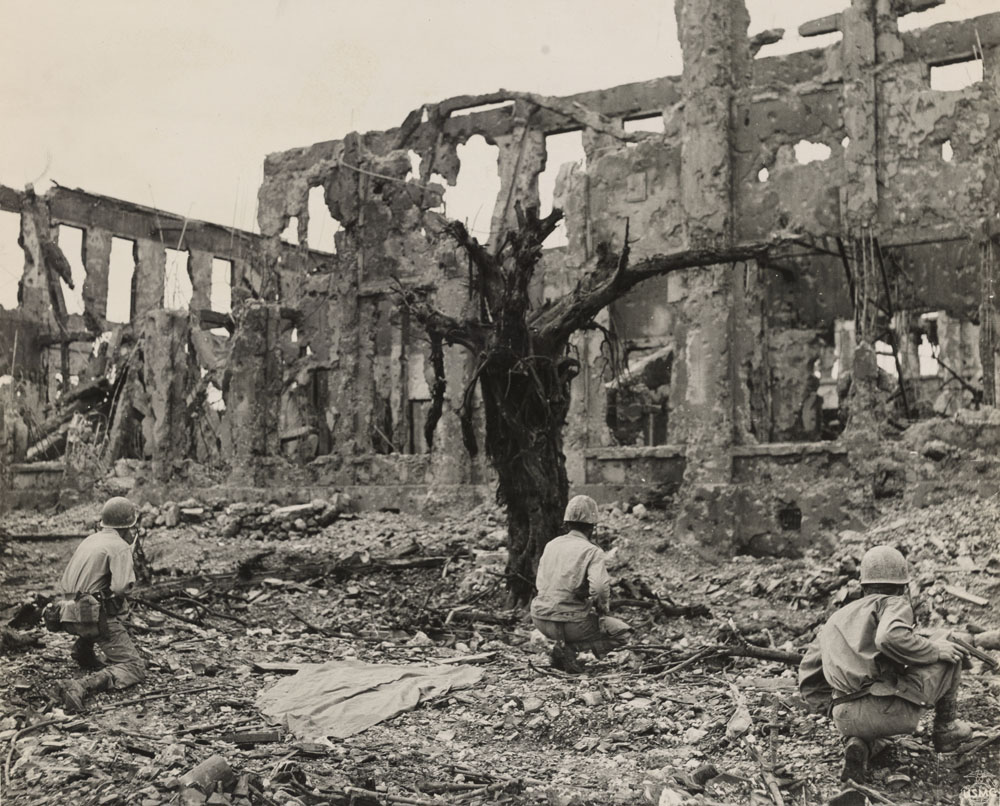 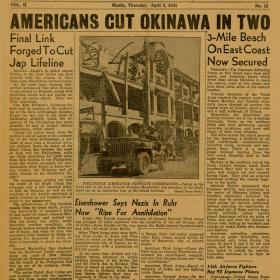 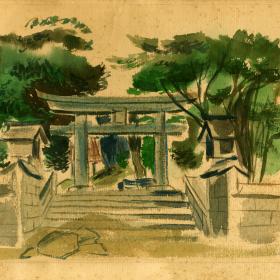 Drawing of a Shrine at Okinawa Memorial