The American decision to begin strategic bombings against the Japanese mainland began in mid-1944, as the Marianas campaign was underway to gain access to the island’s strategic airfields. General Henry Arnold, commander of the 20th Air Force, believed the bombing of Japanese military sites would weaken Japanese resistance and aid the planned invasion of Japan. Indeed, all of Admiral Nimitz’s Pacific island operations were selected because of their proximity to the mainland, and ability to support the Army Air Force’s bombing campaign. Selected for the mission were the recently improved B-29 long range bombers, boasting a 3,600-mile range, and capable of carrying thousands of pounds of bombs. Aimed at destroying military industrial targets and wearing down the Japanese ability to continue the war, B-29 bombers destroyed more than 600 major manufacturing plants, including Mitsubishi, Kawasaki, and Yawata, leaving no sector of the war economy untouched.

The bombing’s most important effect may have been on Japanese morale, however. In January 1945, the commander of the 21st bomber command, General Curtis LeMay, made the decision to switch from high altitude precision bombing, to low altitude incendiary bombing. The highly indiscriminatory fire-bombing completely altered the lives of the Japanese people as it destroyed their cities and impacted every facet of everyday life. For the Japanese people the bombing campaign brought the war home for the first time, extracting a heavy loss of life as more than 300,000 civilians would die over the final months of the war. 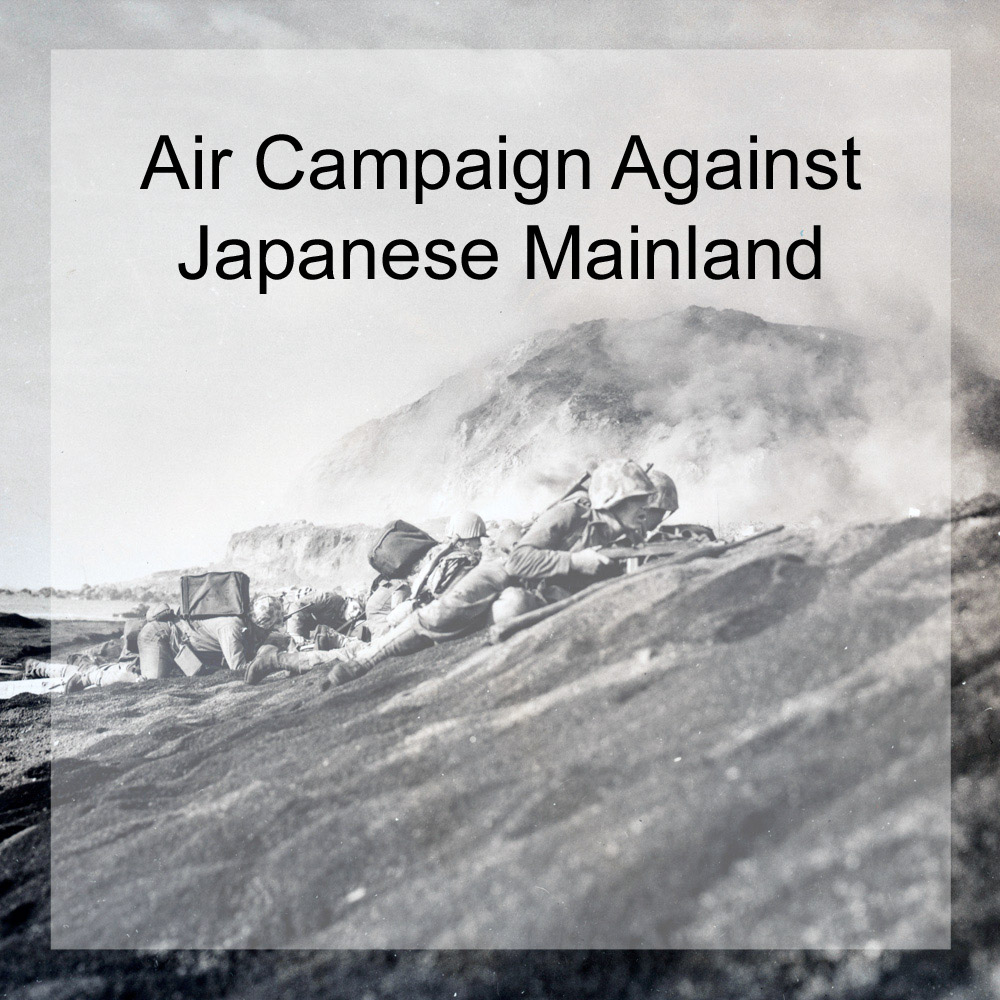 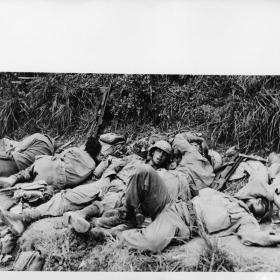 All Done in After “Big Apple” Battle Memorial 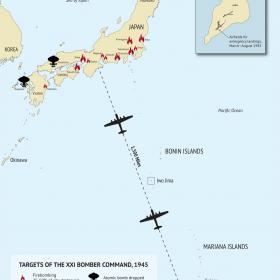