With German momentum in Belgium stalling in the last days of December, the Allies began a slow, cautious push to drive the Germans back across the Siegfried Line, recapturing what was left of towns like St. Vith, Wiltz, and Houffalize. The Allies succeeded in restoring the line by the end of January, though not without a heavy cost. From the January 3rd-28th, 6,138 Americans were killed, 27,262 wounded, and 6,272 captured. 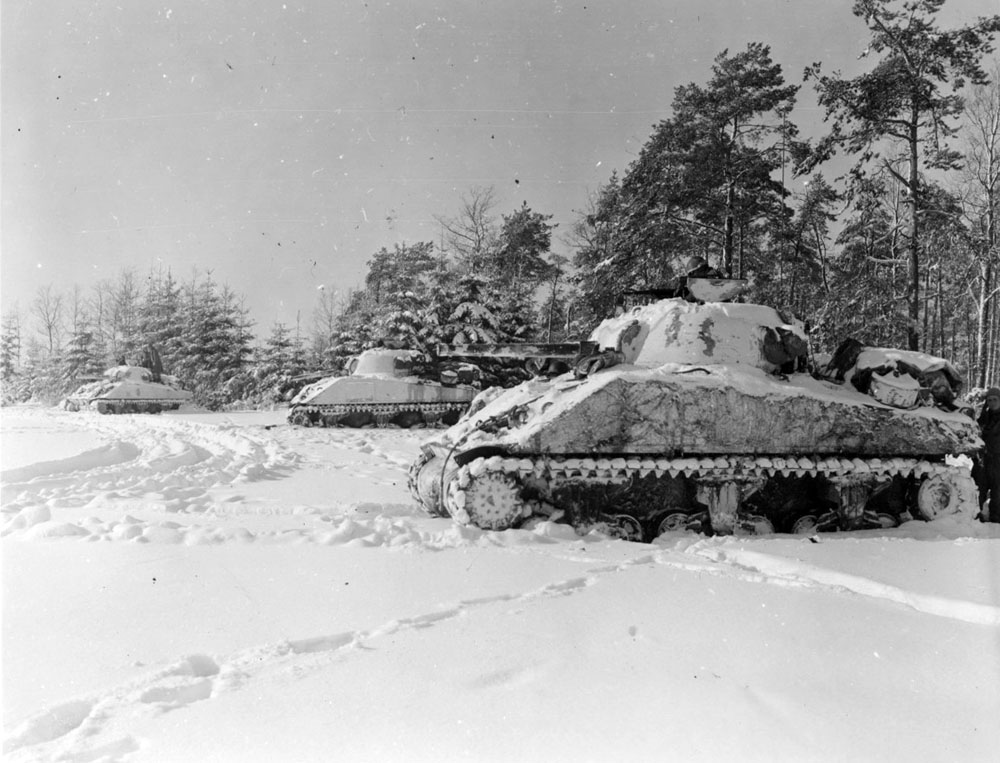 Tanks from the 7th Armored Division is near St. Vith 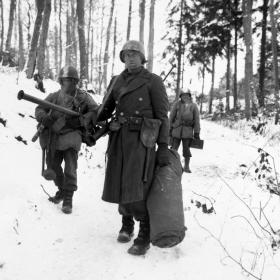 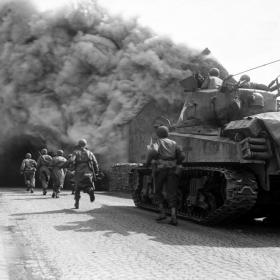 Soldiers of the 11th Armored Division Run Through a Smoke-Filled Street in Wernberg, Germany Memorial